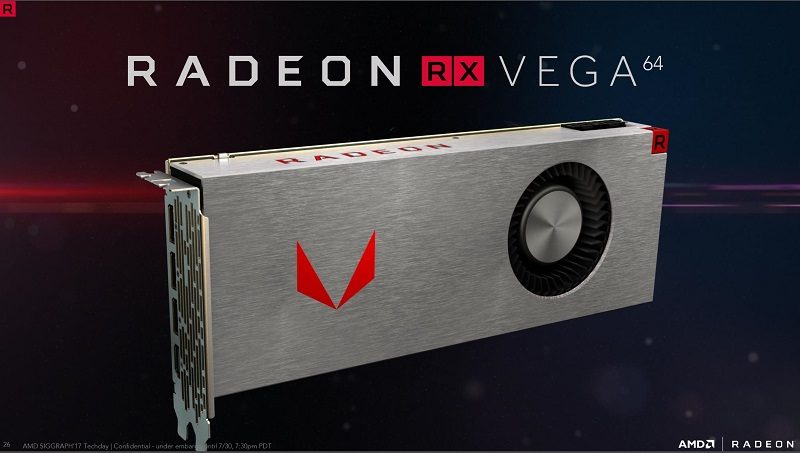 The launch of AMD’s RX Vega graphics card family hasn’t exactly been manna for consumers. With stock dwindling and prices rising, you’ll be lucky if you manage to get hold of an RX Vega without paying through the nose. We’ve cryptocurrency miners to thank for that. However, high prices are not just the preserve of customers, it seems. According to a leaked invoice, retailers are paying more than AMD’s MSRP for RX Vega 64 cards.

Why are retailers overpaying for RX Vega cards? In this case, distributors are inflating the price of RX Vega 64 Reference cards. The invoice below shows $675 per unit. However, AMD’s MSRP for RX Vega 64 is $499. TechPowerUp reports:

“Leaked invoices show that distributors (entities that supply inventory to retailers) have inflated prices even at their level. A San Jose-based distributor, Ma Laboratories Inc., is quoting USD $675 per unit of a reference-design (not Limited Edition), Radeon RX Vega 64 SKU to a computer store. The $499 price AMD launched the RX Vega 64 at, is supposed to be the end-user price (minus government taxes). A distributor should ideally sell the product to a retailer at a much lesser price than $499, so the retailer can make their margin. The higher up the supply-chain, the more control AMD gets. The company is in a better position to rein in on distributors than retailers. If distributors are inflating prices with apparent impunity, it wouldn’t surprise us if this goes even higher up.” 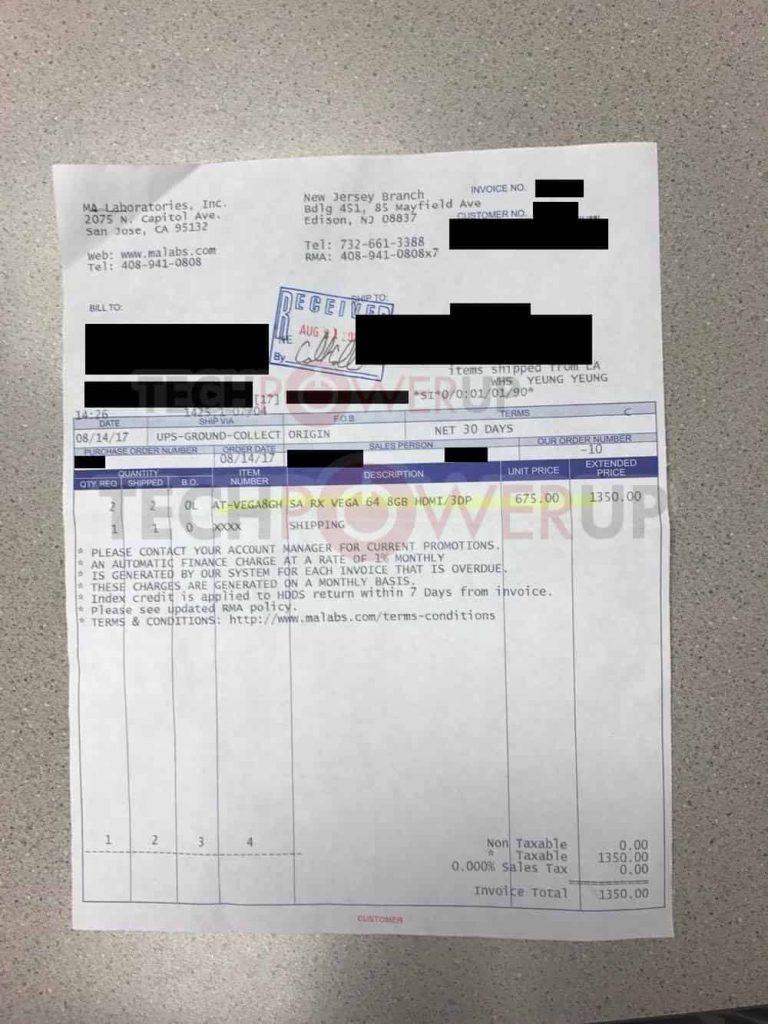 What’s the solution? How can AMD keep RX Vega prices down and ensure the cards make it into gamers’ hands? TechPowerUp suggests a drastic, albeit understandable, move: cripple cryptocurrency mining functions on RX Vega cards:

“There is another option AMD can try, in our opinion. It can re-launch RX Vega 64 and RX Vega 56 as new SKUs which come with crippled cypto-currency mining abilities (a special BIOS or something driver-level, or even something at the silicon-level), and discontinue the RX Vega 56 and RX Vega 64. The new SKUs could be clearly advertised as not being meant for crypto-currency mining (so as to deter false-marketing lawsuits). This is important for AMD, because the Radeon brand is under threat.

The more overpriced Radeon cards end up in the hands of miners, the fewer cards end up in the hands of gamers at the prices AMD promised; and conversely the lesser game developers are inclined to optimize their games for AMD Radeon, because fewer gamers use Radeon. NVIDIA can accelerate brand Radeon’s demise by doubling down on game developer relations and pushing the next-generation of Game Works.”