Rocket League – Back to the Future Car Pack Teaser Released 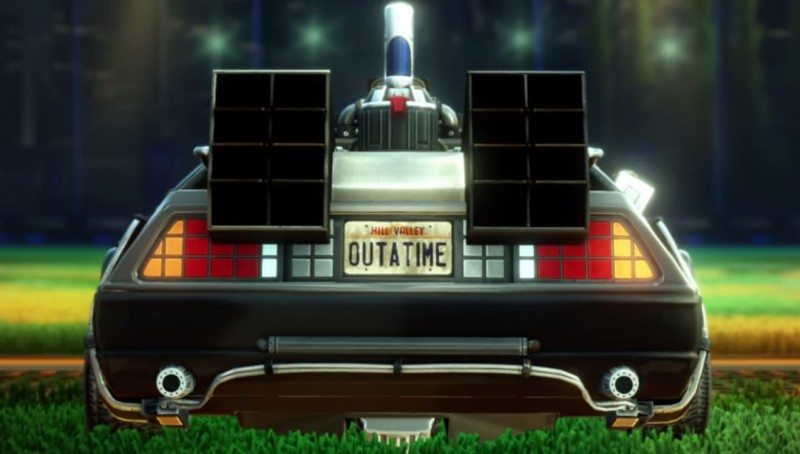 Great Scott! Get yourself ready for something truly awesome coming to the already fantastic Rocket League later this month, the Back to the future Car Pack!

Rocket League has been a smash hit and a very popular choice when it comes to multiplayer competitive gaming, so much so that it may even be entering the world of eSports. Of course, there’s very little difference between the cars in the game, at least in terms of performance, but when it comes to customisation, the developers at Psyonix love to give you a lot of options. Their latest addition to their ranks needs little introduction, as the iconic DeLorian is one of the most easily recognised cars from movie history, having been the time machine used by Doc and Marty in Back to the Future.

The car pack launches on October 21st and you can check out the teaser trailer below.

“Great Scott! The time continuum has been disrupted and as of October 21, 2015, the “Future” is now! Celebrate one of the most anticipated days of the last 30 years in Rocket League with the official Back to the Future™ DeLorean Time Machine! Don’ t waste another minute. Get it for PC and PS4™ today!” – Psyonix

What cars would you love to see added to Rocket League?