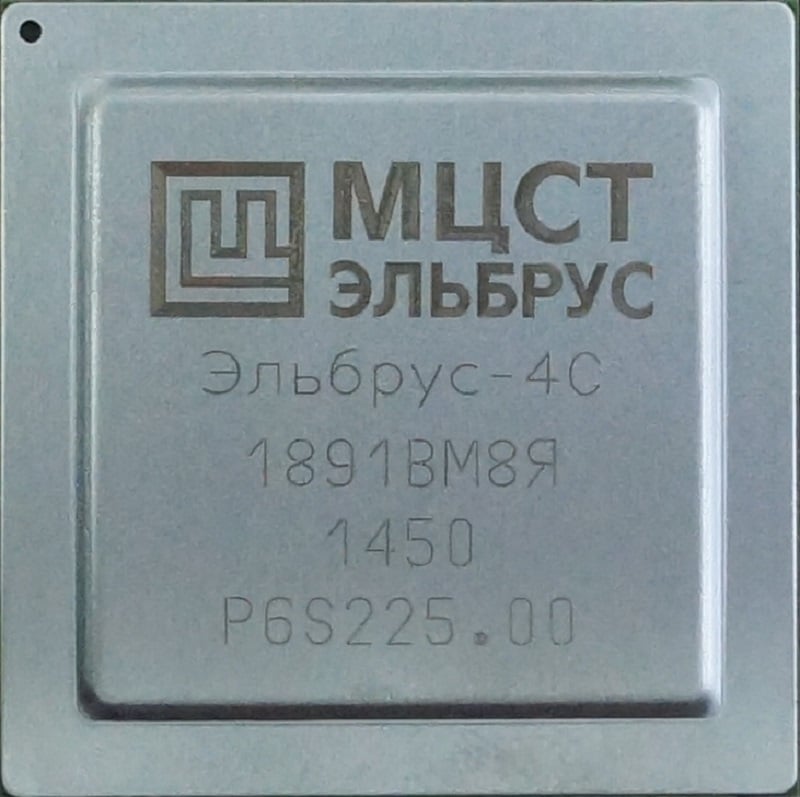 In pursuit of independence from American chip makers Intel and AMD, Russia has started selling computers equipped with the Elbrus-4C. Also known as the Elbrus-4S, the chip was announced just about a year ago and started production in late 2014. It’s made by MCST, also known as the Moscow Center for SPARC Technologies. The processor is meant to scale from normal everyday tasks all the way to server and high-performance computing needs.

In the processor industry, x86 patents are a rarity as the major holders, Intel and AMD jealously guard them. In order to be x86 compatible, Elbrus translates the x86 program code into its own machine code via a virtual machine. It’s own internal architecture is known as Elbrus and is based off VLIW (Very Long Instruction Word). While uncommon for CPUs to use, VLIW designs are used by Intel’s Itanium lineup and AMD used VLIW designs prior to their move to GCN.

Not surprisingly, Elbrus-4C has a long way to catch up to AMD, let alone Intel. The chip is being made on TSMC’s 65nm process, which Intel and AMD moved away from in 2007 and 2008 respectively. Clock rates are somewhat slow as well at 800mhz peak. Performance while not amazing is able to trade blows against Intel’s Atom D510, a low power mobile chip from 2010. With the lofty goal of technological independence and security from the West though, Russia might be willing accept being behind the curve. Combined with China’s Longsoon development, these designs may not be the best but might be good enough.