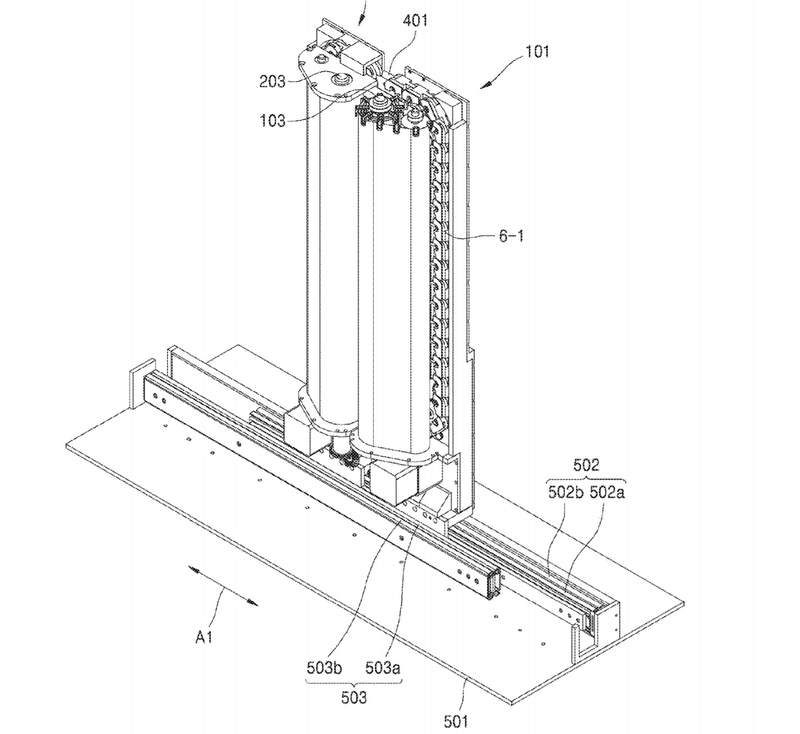 Not to be left behind by their competitor LG, Samsung has now patented a rollable TV display (via LetsGoDigital). Two years ago, LG announced that they have successfully developed a massive 77″ flexible and transparent OLED display.

Samsung’s patent however involves a horizontal rolling display. This sheet is held together by a vertical structure on each side from end to end. With one end holding the majority of the screen while the other is for mechanical support. This mechanical design maintaining the screen flat while extended is the core of the patent. 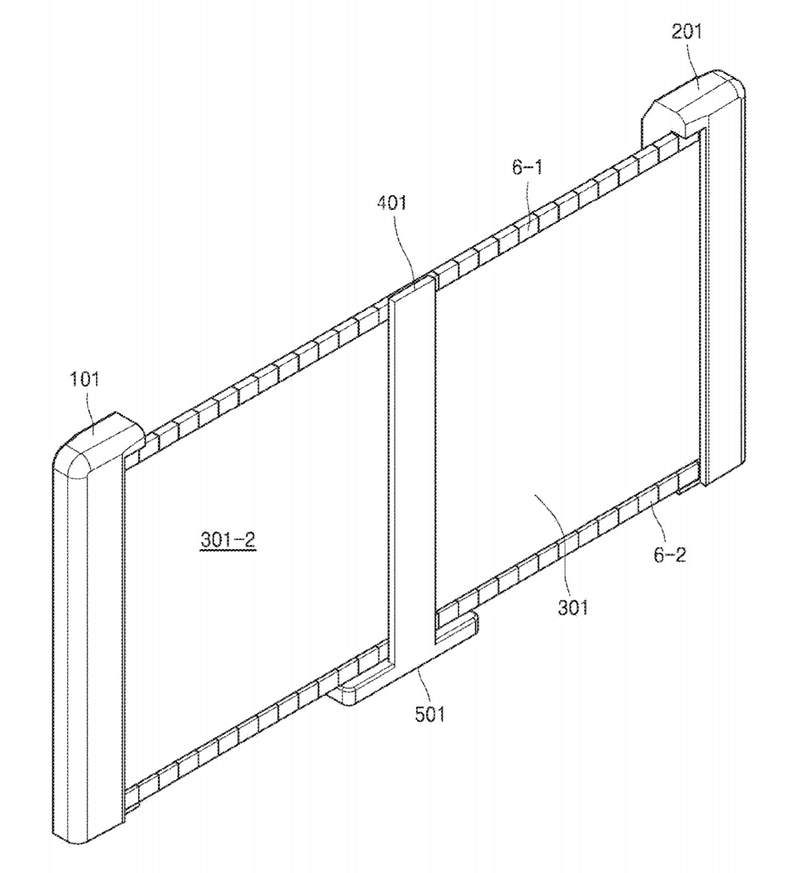 Unlike Samsung’s other new display offerings, they do not seem to be concerned about making this one as thin. Then again, they already have devices such as their “The Frame” wall TV. One advantage that this new rollable design presents however is that it can rotate. It does not need to lay flat against the wall all the time.

There are also plenty of commercial uses for such a device. Rollable displays will most likely find use for various advertisements soon. For now, animated LED displays are only possible on large format displays, but high-resolution OLED panels can find application on almost any surface.

When Can We See These Rollable OLED TV Screens?

The patent is still fresh. Although we might see a glimpse of some cutting edge Samsung technology at the upcoming CES 2019.