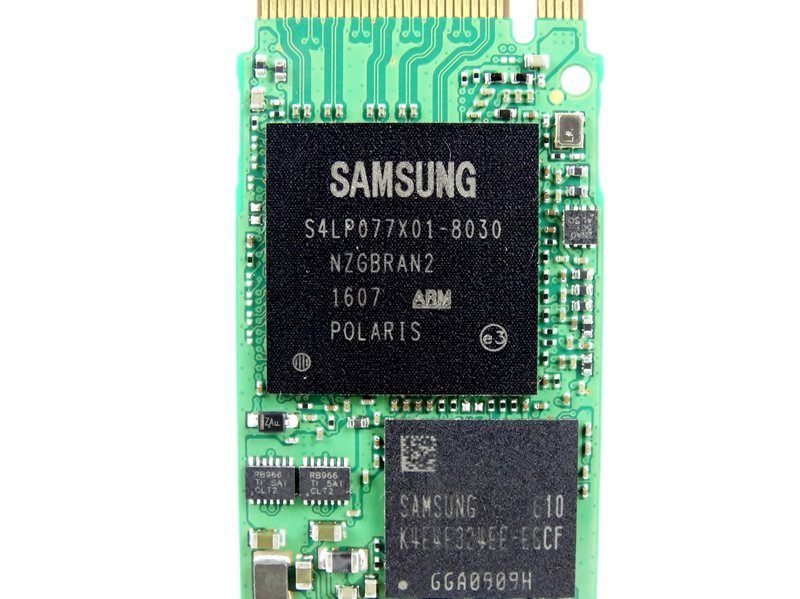 Samsung is reportedly almost ready with their latest consumer-oriented solid state drive in the form of the 960 EVO SSD – and it comes with a few surprises compared to previous generation drives. Samsung has fully embraced the new NVMe standard and they’ve shown us some great specifications and performance with the current generation 950 drives (EVO, PRO, and OEM) – but the next generation is said to be even better, which kind of is a given.

It has now been discovered that the PM961 drive and the 960 EVO will feature completely identical components and not come with different NAND or controller. Both drives are said to feature the latest controller, the Polaris, as well as the same NAND configuration with Samsung’s 48-layer 3D-VNAND flash memory. Best of all, it is said to be released as early as next month.

Performance wise, the 960 EVO should pack quite the punch with sequential read speeds up to 3000MB/s and write speeds up to 1150MB/s. The random performance is equally impressive where it’s said to go up to 360K IOPS read and 280K IOPS write. The drive should become available as both a standard M.2 2280 module and PCIe add-in card, allowing pretty much anyone to get such a drive whether you got a modern or not so modern system and whether you got a stationary or portable system. Capacity wise, it is said that we get 128GB, 256GB, 512GB, and 1TB models – but sadly no 2TB models that I’m sure a lot of people would have like to see.

Please keep in mind that these aren’t officially released information yet, so things might change and people might be wrong. But it looks like good times for consumers with some seriously fast drives for relatively cheap money.

Would you be tempted by those drives or are you happy with what you got now? And does it really make a difference to you whether you got 2500MB/s or 3000MB/s speeds from your drive? Let us know in the comments.