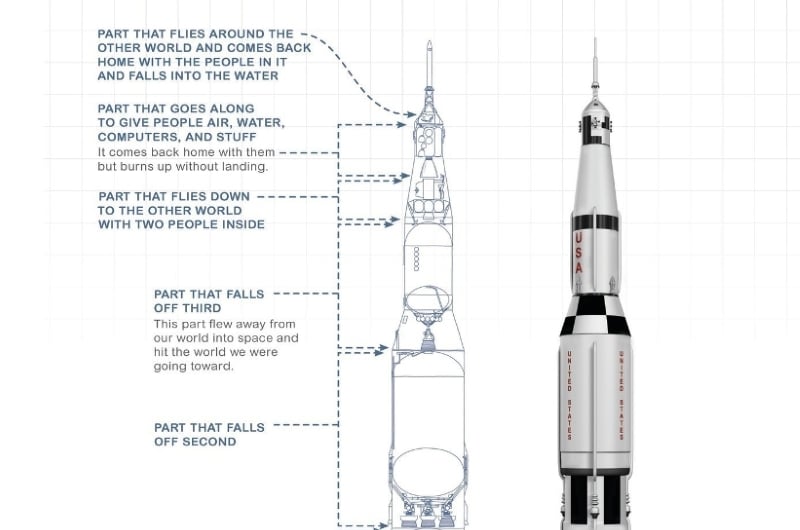 The popular webcomic XKCD has shown for years how well science, technology and humour can be mashed together through the medium of stick figures. Fans of the webcomic created by former NASA roboticist, Randall Munroe will be glad to find that his skills are going to be put towards more than just entertainment, with his artwork to feature in a number of textbooks in America published by Houghton Mifflin Harcourt (HMH).

Munroe’s art will be taken from one of his books titled Thing Explainer, which contains simply drawn and annotated blueprints for objects varying from rockets to bombs and even household objects like pens. This art will feature in three of HMH’s 2017 textbooks, HMH Chemistry, HMH Biology, and HMH Physics and are known to include The Pieces Everything is Made of (aka The Periodic Table), Bags of Stuff Inside You (The Human Torso), and Heavy Metal Power Buildings (Nuclear Reactors).

It won’t all be reused assets either, as HMH have commissioned Munroe to provide a number of exclusive new illustrations and digital animations of some of the pieces featured in Thing Explainer. These new works will be part of a new series of science materials from HMH that will be utilized during the 2017-18 educational year.

“Randall’s wit, originality, and deep scientific knowledge elevate our curriculum and is a great way to engage students,” said Peggy Smith-Herbst, Senior Vice President, HMH Studios. “His sense of humor and ability to make science fun will encourage a love of scientific inquiry and creativity, both within and beyond the classroom, and we are proud to be bringing his engaging insight exclusively to our customers.”

Hopefully, Munroe may just be able to take the typical droll science textbook and make it into an interesting and entertaining piece that can help a new generation of students get interested in science. Now all I have to ask is where was this when I was growing up?