Seagate is known for many things, but most of all they are known for their hard drives. I would recommend you look elsewhere if you are looking for something a little more secure I would say avoid them for now as it’s been revealed that employees’ payroll information was sent out after a phishing scam.

Phishing is the act of pretending to be someone else, asking for details (normally bank details or contact information) in order to gain access to information you normally couldn’t. From Nigerian Princes to Sergeant in the Army, they use anyone to obtain information. This time, the email claimed to be from Seagate’s CEO Stephen Luczo requesting data about current and former Seagate employees. 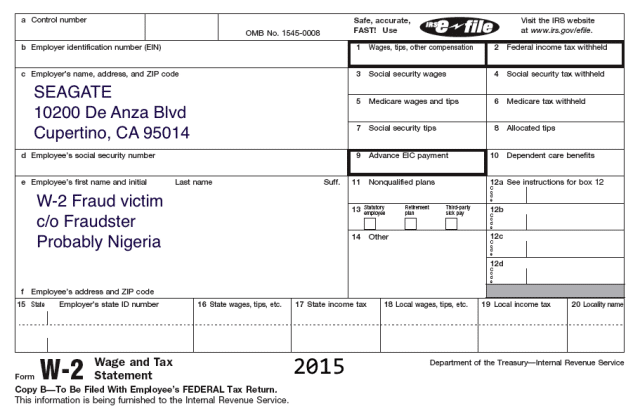 Believing the email to be genuine, the employee responded with the W-2 (Wage and Tax statement) documents. With the scope currently set at “several thousand” employees, the company has been working with federal law enforcement agencies since the incident on the 1st March. To help support their employees, two years of credit protection has been provided on the off chance that their data is used.

With most details of this nature being used in returning fraudulent tax returns with the IRS (something which is made all that much easier by being hacked recently), it could cost the government thousands if they don’t catch the culprits involved.