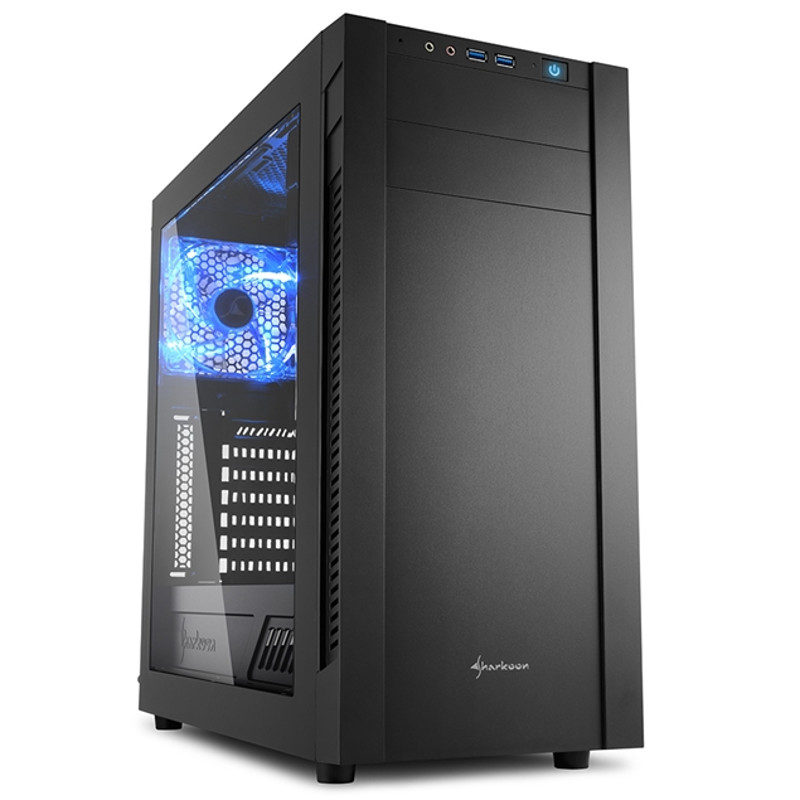 Sharkoon is well-known for value-oriented cases and their latest one is no different in that regard. The new and minimalistic S25 case series comes in three different versions that are very similar but still have some small differences. While the S25 series might be minimalist, they still pack some great features.

There are three available versions, one with a side panel window and two with a closed side panel. The difference between the last two is whether the front IO has USB 3.0 or USB 2.0 ports, otherwise, they are the same. You can pack a lot of hardware into the cases from full sized ATX motherboards to liquid cooling setups.

There are two 5.25-inch external drive bays for optical drives and similar external accessories which also can be used for two 2.5-inch SSDs each. At the bottom of the case, behind the shroud, you can fit three 3.5-inch hard disk drives or another three 2.5-inch SSDs. Further, you can add two more SSDs on top of the shroud and two on the rear side of the motherboard plate for an incredible amount of total storage.

Clearance wise, you can add CPU coolers with a height of up to 167mm and add-in cards such as graphics cards with a max length of up to 400mm. Large power supplies will also fit well as there is room for up to 205mm long ones at the bottom. 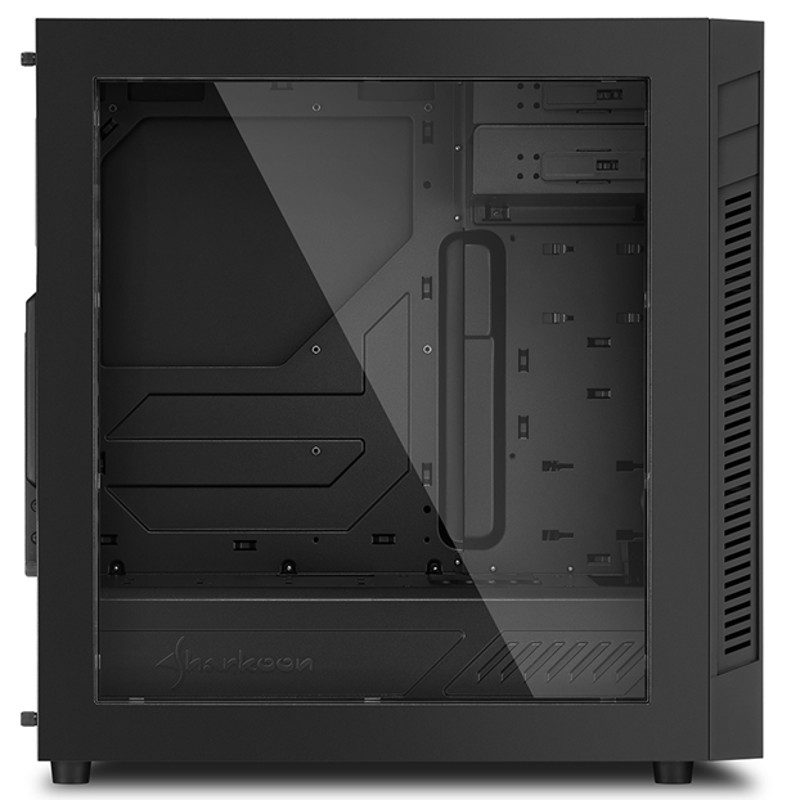 The front panel can easily be removed as it doesn’t have any cables or parts connected to it, which is very convenient when you want to clean the dust filter which is located behind it. It further has dust filters placed on top and at the bottom of the chassis to make sure that as little as possible dust enters the setup.

Overall, the Sharkoon S25 series seems to have everything you could want in a chassis yet it looks clean and minimalistic. And best of all, it doesn’t cost much either. 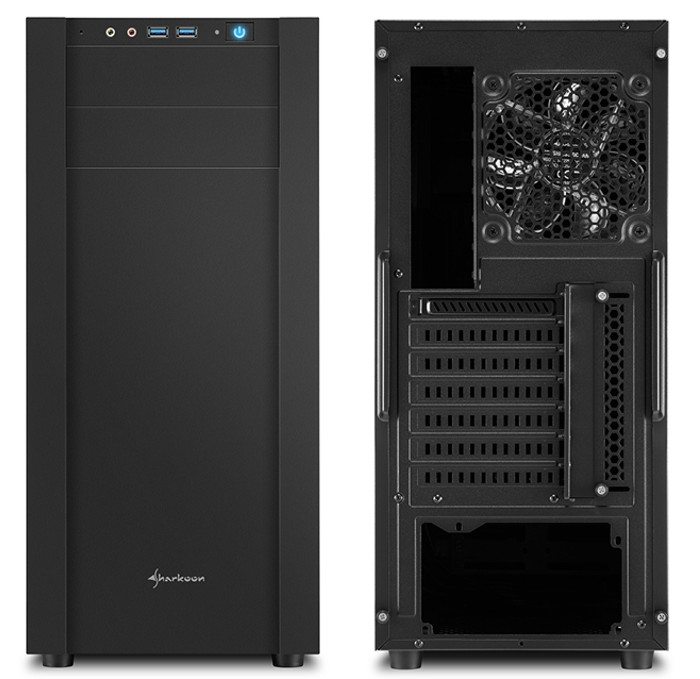