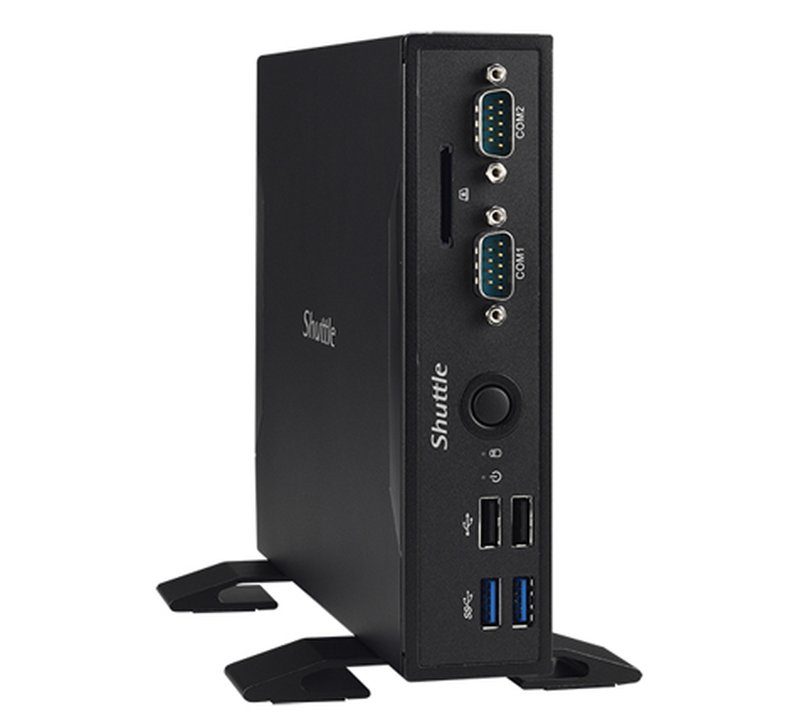 Shuttle creates some impressive compact systems for various occasions and the newest family member is no different. Shuttle announced the launch of a new fanless 4K digital signage player powered by Intel Kaby Lake-U processors, including Celeron and Core i3/i5/i7. The new system is called the DS77U and it will be available in varies SKUs for different needs.

The different SKUs are for different CPUs. You can get it with everything from Celeron to Core i7 processors. It supports up to 32GB DDR4 2133 MHz memory and it will utilise the iGPU of the processor. So some of the memory will be used for the Intel HD Graphics core too. In return, you get HDMI and DisplayPort video output for up to triple display setups.

The DS77U has plenty of power to play a variety of media contents in 4K. The Shuttle DS77U series also comes equipped with functions such as dual Gigabit LAN with teaming mode support, Wake on LAN, and an IEEE 802.11b/g/n wireless network card. This significantly increases remote data transmission efficiency for Digital Signage and KIOSK systems providing for a substantial savings of operating time. 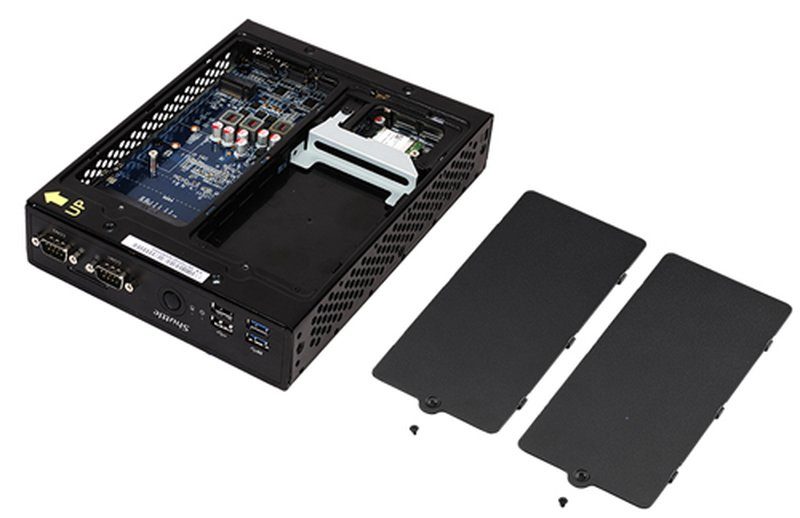 It is universal in its placement and power. It supports input from both 12V and 19V power sources which make it compatible with a lot of existing setups. It does come with its own 65W external power supply. Thanks to the VESA compatible mounts, its placement is versatile too. That’s further aided by the slim 40mm profile that will make it fit almost anywhere.

The system is completely silent as its fanless. The cooling module with thermal pipes has been designed to fit the system perfectly and it is precisely positioned in combination with the vent’s design. That should deliver an effective and silent cooling. It is built with solid state capacitors and naturally rated for 24/7 usage. 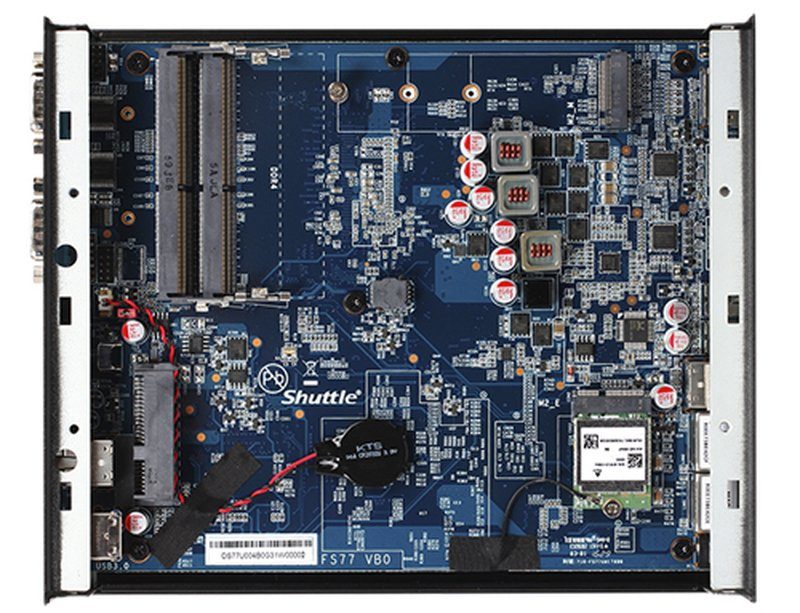 The full specs can be seen in the attached chart. As we can see, there are plenty of connection options from serial ports to USB and card readers. Something for every usage scenario. 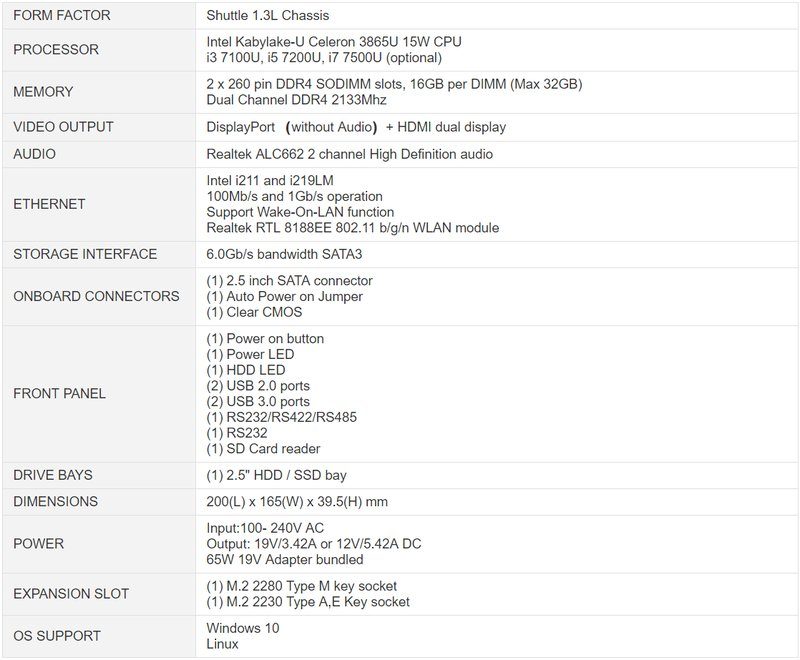