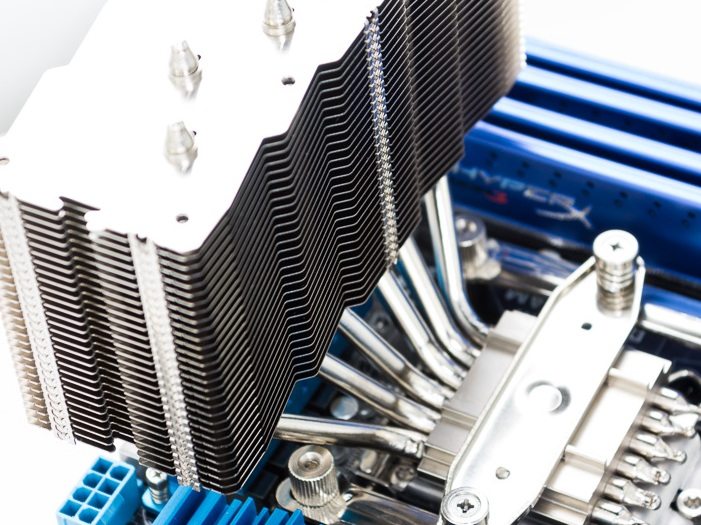 SilverStone have created an extensive range of HTPC cases over the past few years and they have also developed CPU coolers to go with those. The NT01 Pro CPU cooler we have here today from SilverStone is a totally redesigned version of the older NT01-E CPU cooler. This cooler is designed to tackle the latest generation of processors in either active or passive modes. The design of the cooler is really something quite unique and yet strange, the NT01 Pro only takes 70mm or 80mm cooling fans so the amount of air you’ll be able to move is going to be a lot less than 120mm CPU coolers.

SilverStone recommends using this cooler in the GD04, GD05 and GD06 cases because it has been specifically designed to fit in those. Measuring in at 120mm high it certainly isn’t very tall although there are several much smaller competing products on the market so this really needs to have the edge on performance.

As always you can take a quick look at the specifications of this product here, otherwise let’s proceed to put this new CPU cooler from SilverStone through its paces.