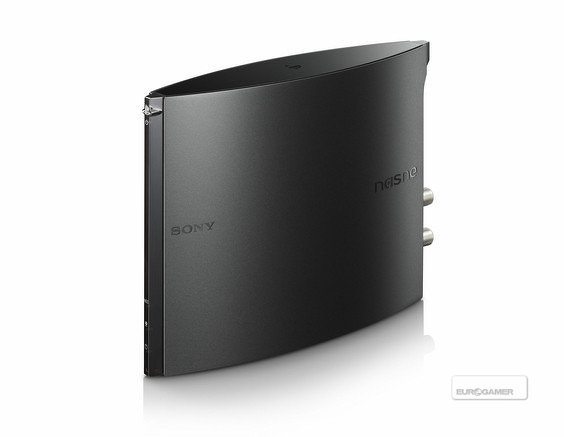 Sony has announced “nasne”, a standalone home network hub that works with PlayStation 3 and PS Vita

It features a built in 500GB hard disc drive and a digital terrestrial and satellite broadcasting tuner. If you connect nasne to your home network you can watch and record digital terrestrial and satellite telly through a dedicated application on your PS3, called “torne”. You can also access recorded content from Vita, Sony tablets and Xperia devices. Nasne can also stream live or recorded TV simultaneously onto two supported Sony devices.

You can also use nasne to store your movies, photos and music on the 500GB built-in HDD, which can be connected using a home network. You can add an external HDD to nasne to increase the storage space.

Here’s how nasne works with PS3: PS3 users will be able to watch and record digital terrestrial and satellite broadcast through LAN cable by installing torne version 4.0, a dedicated application for PS3, which comes bundled with nasne.

And here’s how it works with PlayStation Vita: PS Vita users can watch and record digital terrestrial and satellite broadcasts through “torne for PS Vita” (tentative name), a dedicated application for accessing nasne from anywhere within the same home network via Wi-Fi connection. torne for PS Vita will be available within this calendar year.