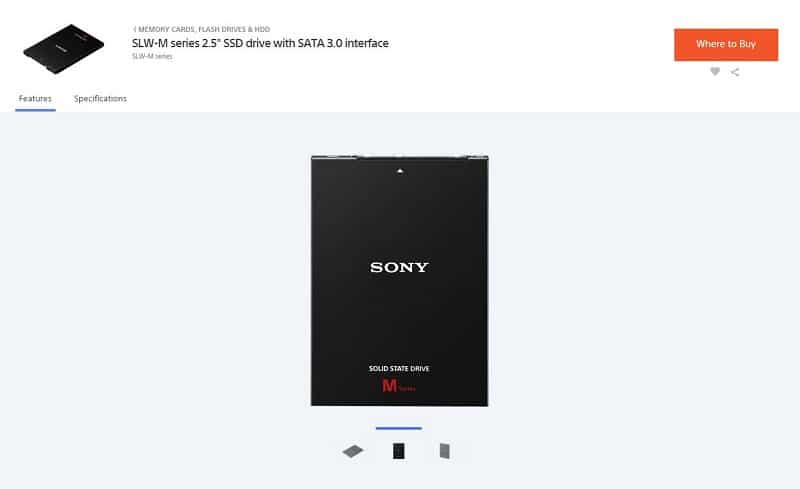 As SSDs become ever more mainstream, more and more mainstream companies are starting to jump into the market. So far, we’ve already seen AMD and Panasonic jump aboard with OCZ based SSDs and the market is getting a little more crowded with a new entrant. Sony has just announced their first consumer SSD, the simply named SLW-M. The drive comes in 2 capacities so far with 240 and 480GB options to test out the waters.

Based off of the Phison PS3110-S10 controller, the SLW-M uses Toshiba A19 TLC NAND backed by a 128MB DRAM cache. Phison is likely providing the whole solution to Sony with firmware and design bundled in. While sequential speeds are standard at 560 MB/s read and 530 MB/s write, the use of TLC with the already budget S10 controller reveals the budget nature of this drive. Expect performance to be similar to the OCZ Trion 100 but maybe a bit lower unless pseudo-SLC caching is enabled as well. Compared to HDDs though, the SLW-M should still be light years ahead.

One advantage Sony has is the pricing which is at $90 and $150 respectively for the 240 and 480GB models. While a bit higher than comparable drives, we can likely expect retail pricing to be a bit lower if history has taught us anything. Accessories include Sony’s SSD ToolBox which is a rebranded Phison ToolBox, Acronis True Image 2015 and a 7mm to 9.5mm adapter. Most importantly, the drive carries Sony’s brand which still carries a lot of weight in the Asian markets the drive currently sells in.