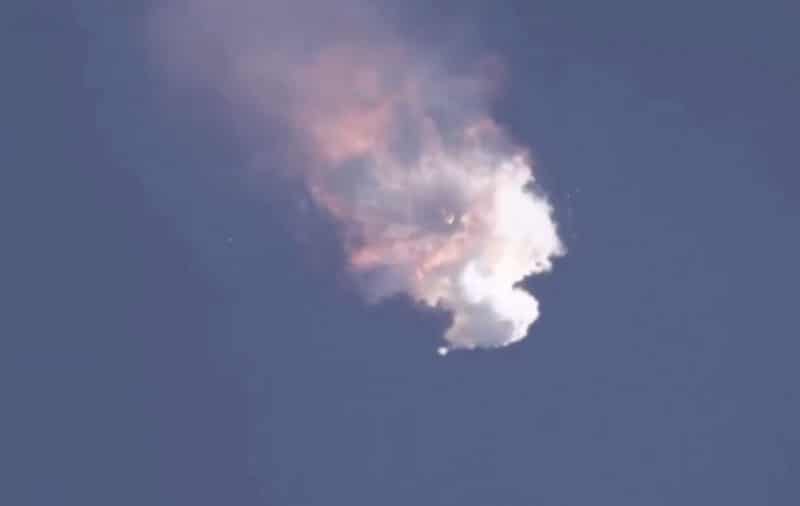 Space industry upstart SpaceX has suffered an explosive set back on its latest mission. Setting out to resupply the International Space Station, the Falcon 9 rocket suffered an unrecoverable failure and ended up exploding shortly after launch.  At this point, the exact cause of the failure is not known yet with both SpaceX and NASA working to determine the fault. A preliminary report suggests that an overpressure event compromised the second stage liquid oxygen tank which makes sense as the first stage appeared to keep firing properly until the end.

While not critical, the ISS supply situation is sub-optimal with two other failures already this year from other launchers. Orbital Sciences and Roscosmos both had failures earlier that either destroyed the payload or made it impossible to properly deliver it. Some of the items set to be delivered today were already replacements for those lost on earlier missions.

In a disappointment for Elon Musk fans, the third try at landing the rocket will have to wait. Earlier attempts had failed explosively but many had been hoping the third time would be the charm. Even with this failure though, SpaceX still has a relatively good track record and is already pretty cost effective. Hopefully, SpaceX can take this experience and prepare for the day they launch manned missions.