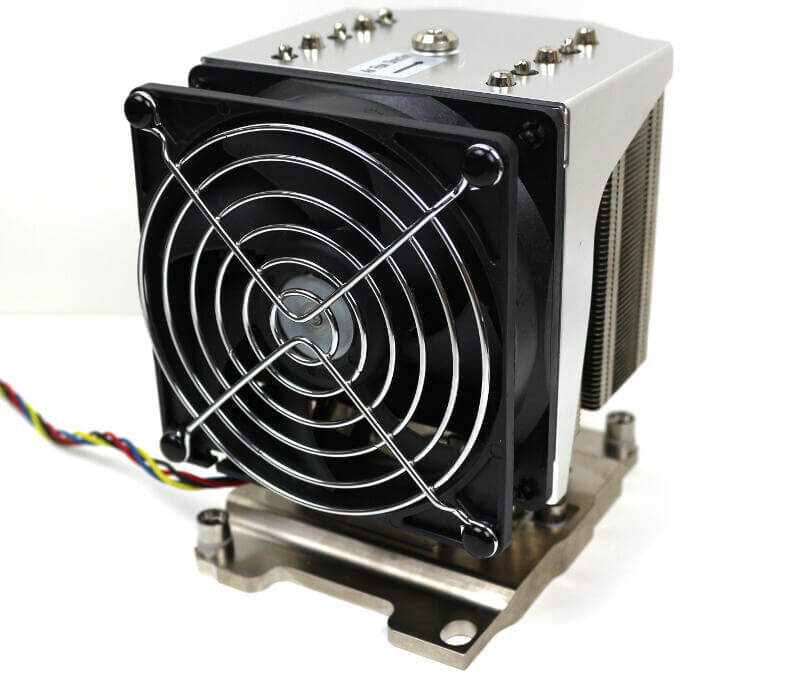 The CPU cooler that I’m testing today was actually the first I had for the LGA3647 series chips and one of the first to hit the market. I’m talking about the Supermicro 4U Active CPU Heat Sink, also known as the SNK-P0070APS4.

In itself, the Supermicro 4U Active CPU Heat Sink is a simple unit that keeps things basic. It is built to work and not look pretty. After all, it is designed for use in rack servers. In fact, it is designed for Supermicro’s X11 generation general 4U server and workstations, but that doesn’t limit you to them. You can, of course, use it for any system you build in which it will fit. The only requirement is that the motherboard you’re using has the narrow mounting mechanism.

The 4U Active CPU Heat Sink supports a TDP of up to 205W, which includes all currently available Intel Xeon Scalable processors.

The attached cooling fan is a 4-pin PWM model with a rotation speed of up to 3800 RPM. With such speeds, it’s clear that it won’t be the most silent cooler on the market. On the other hand, it’s capable of impressive results. But speaking of noise generation, the fan is rated for up to 38 dBA. 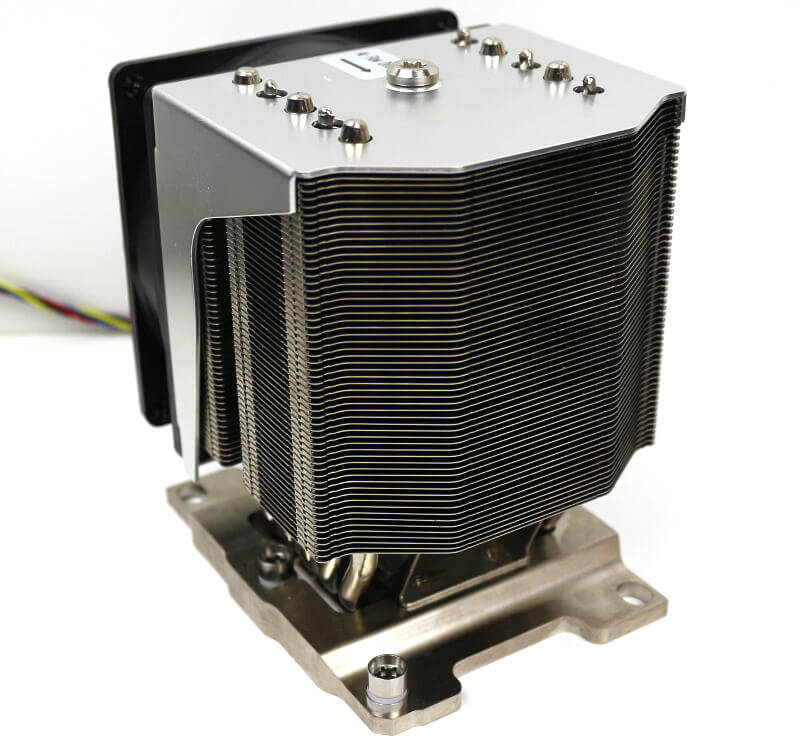 Supermicro is backing the 4U Active CPU Heat Sink, SNK-P0070APS4, with a 1-year warranty. 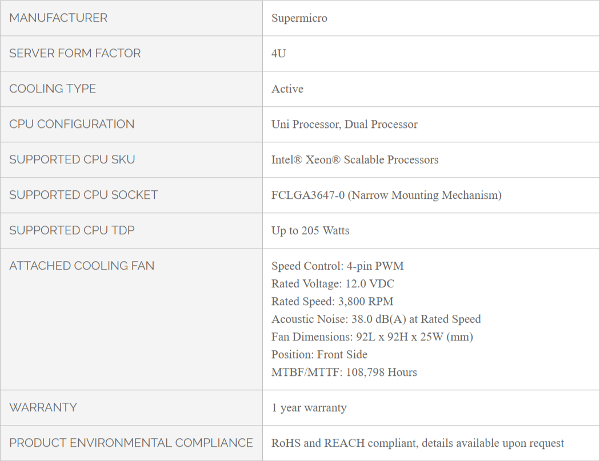 What Supermicro Had to Say

“This CPU heat sink is designed for Supermicro X11 generation general 4U servers and workstations equipped with Intel Xeon scalable processors. The heat sink has been fully tested and validated by Supermicro to ensure the best quality and cooling performance.”

The package really couldn’t be simpler than it is. A white box with the product number printed large on one side. 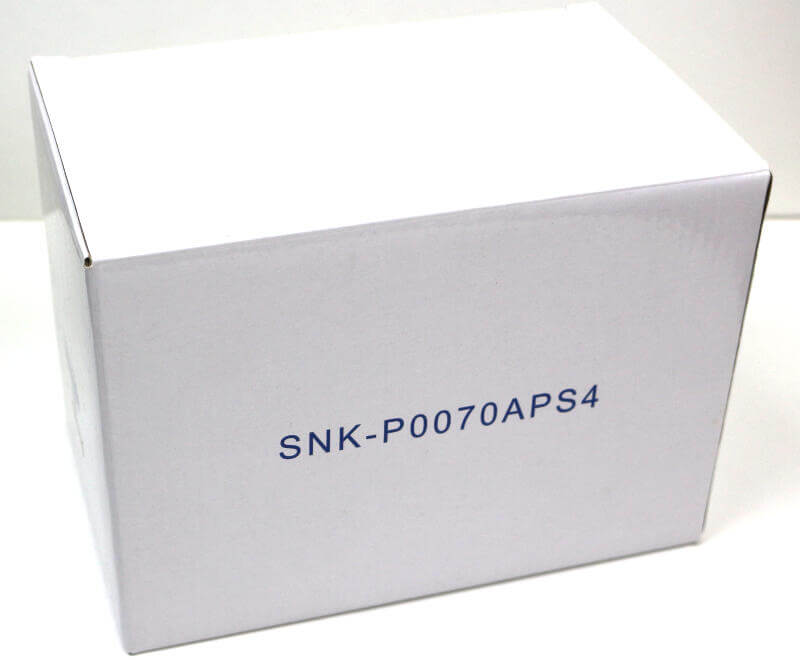 There’s also a print on the end of the box, but it doesn’t reveal much more. Then again, why should it? It isn’t a retail shelve product anyway. 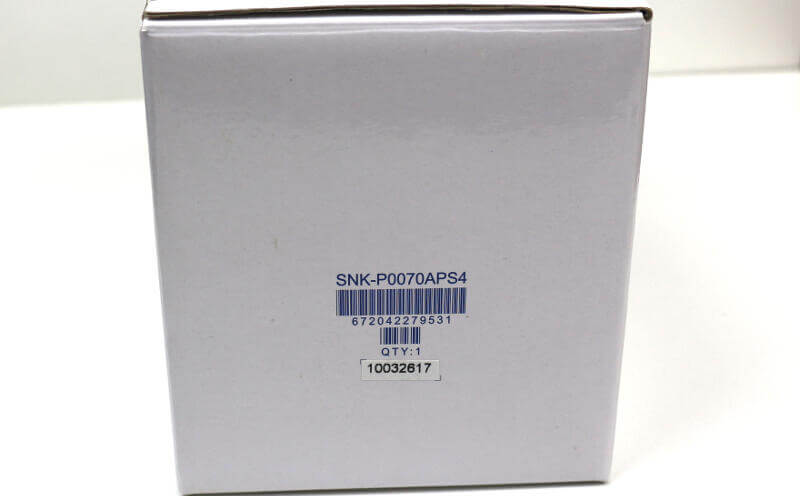 Inside the box the cooler itself along with the plastic mounting bracket. There’s also an installation guide on how to do it. The thermal paste is pre-applied. 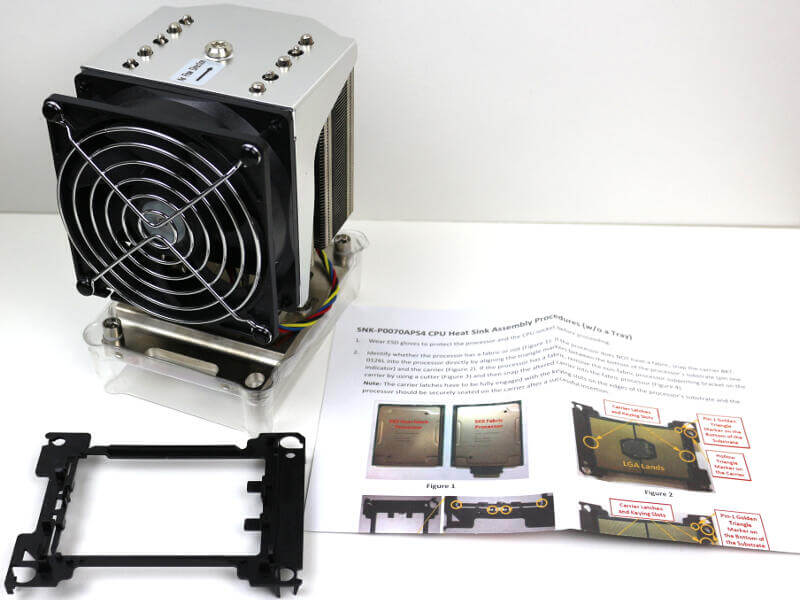