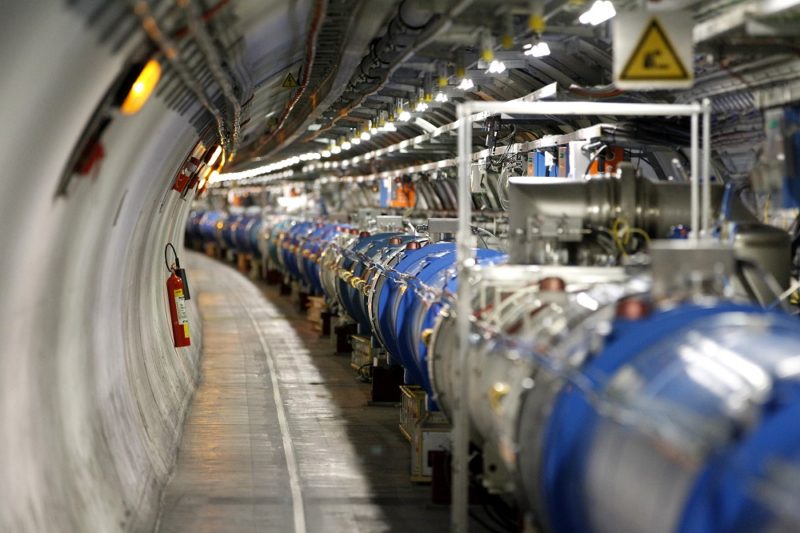 New Zealand was hit by a devastating earthquake this morning (14th November, around Midnight local time), which left at least two people dead and injured many more. The quake, which was of a magnitude of 7.8 on the Richter Scale, hit New Zealand’s South Island between the cities of Christchurch and Kaikoura and caused tidal waves of up to 8 feet. The force of the quake was so strong that it was felt 11200 miles away, at the Large Hadron Collider (LHC) particle accelerator in Switzerland.

John Jowett, an Accelerator Physicist for the European Organisation for Nuclear Research (CERN), revealed the surprising news on Twitter:

Should add that 0.1 mm wobble from #nzquake didn't trouble #LHC at all. Sadly not the case for people in NZ #pArunatLHC

The reason that the LHC was able to detect an earthquake from the other side of the planet is down to the sensitivity of the facility’s instruments, designed to measure minute changes in particle activity.

“Despite being 27km in circumference, the Large Hadron Collider is enormously sensitive to small changes in its environment,” Auckland University physicist Richard Easther explained to the New Zealand Herald. “Particles move in both directions round the underground circle at up to 99.999999 per cent of the speed of light and the scientists operating the accelerator are always adjusting the “beam” to make sure that the particles stay on course.

“Even though Switzerland is on the other side of the world from New Zealand, the shaking from our big earthquake clear threw the particles inside the LHC off-track, even though the tremor would have been completely imperceptible to a human being,” Easther added.