Synology Getting Ready to Enter the Router Market 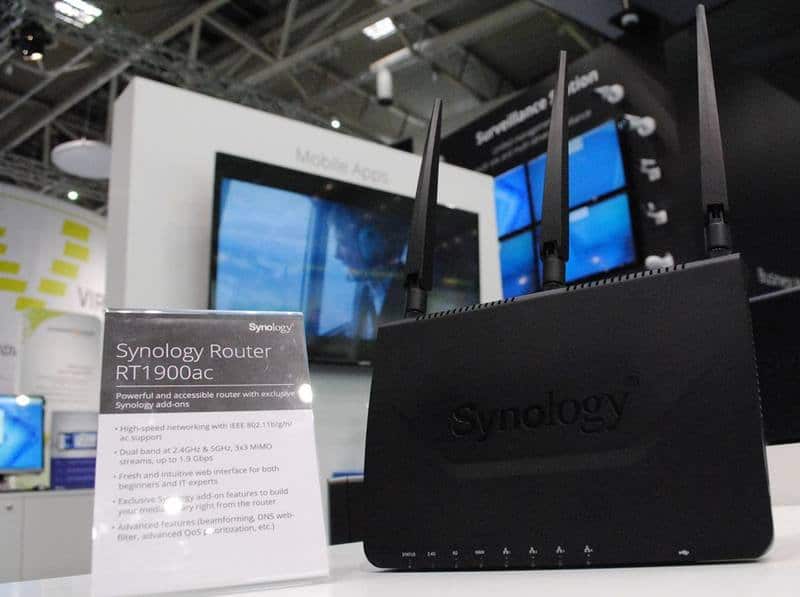 Synology is well known for their NAS devices, but now it looks like they’re expanding their area into the router section. Routers aren’t that much different from features that already exists in the NAS software, so it is something that seems like a smart move and one that only requires slightly different hardware.

The new Synology router is dubbed the RT1900ac and is expected to launch later this year. The final specifications and abilities haven’t been set yet, but we do get the basic information, such as high-speed IEEE 802.11b/g/n/ac wireless network based on a Dual Band setup on 2.4GHz and 5GHz with 3×3 MIMO streams and up to 1.9Gbps.

The web-interface is called ‘fresh and intuitive’ for both beginners and IT experts and will most likely resemble what we know from Synology’s DSM OS. The router isn’t just a normal router, it will of course offer you all the NAS specific functions directly in your router as well as running add-on features in the same way the NAS do. This is a great step for routers that currently are very limited and not very good.

Thanks to Synology for providing us with this information