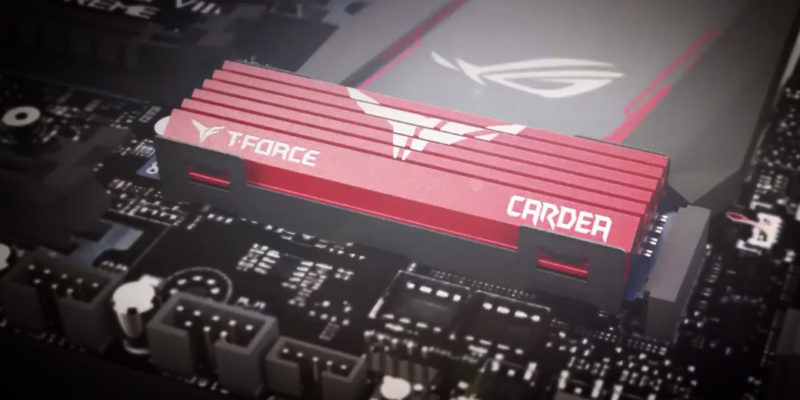 Team Group has unveiled their T-Force Cardea M.2 NVMe SSD offering outfitted with a heatsink and rear bracket to combat the performance throttling that occurs when the drive heats up. When installed on a motherboard that has a high-powered video card radiating heat nearby, it is not easy to keep an M.2 NVMe SSD from scaling back in performance since the controller is hitting its max recommended operating temperature fairly quickly under such conditions. The integrated heatsink on the T-Force Cardea M.2 NVMe SSD however is quite substantial and is designed to allow air to pass through its fins at the top to transfer heat away from the core. According to Team Group’s internal testing, the controller temperature can be kept cool by as much as 14C cooler compared to with a normal heatsink and up to 19.6C compared to a bare M.2 drive. 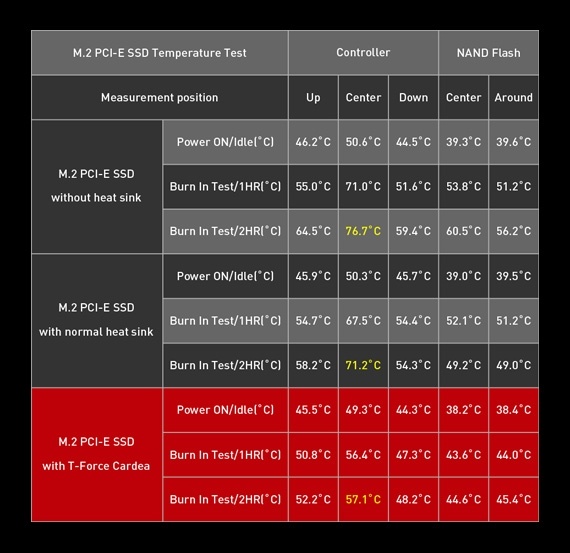 Unlike thin M.2 heatsinks bundled by motherboard manufacturers such as MSI and Biostar with their motherboards, the T-Force Cardea M.2 NVMe SSD’s heatsink is substantial that is why the entire unit weighs 45 grams compared to a typical M.2 SSD which weighs somewhere in the single digits. Team Group has not disclosed what controller their are using, but it is most likely a Phison E7 similar to the one used on the Patriot Hellfire (reviewed here) and MyDigitalSSD BPX (reviewed here). 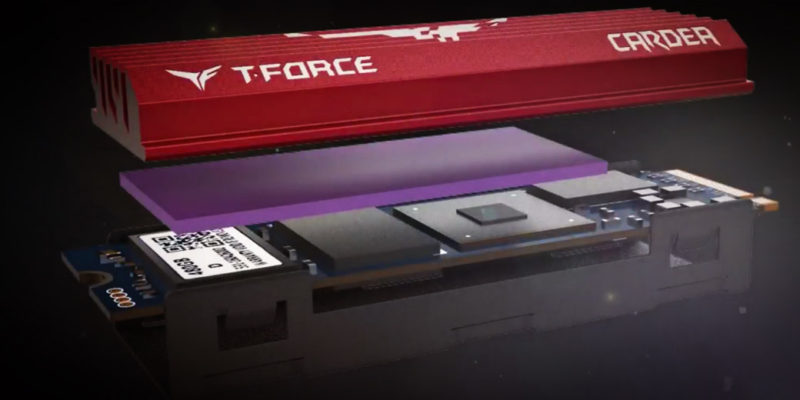