I’ve been eagerly awaiting this moment! Plugging in the Excalibur Spectrum immediately brings it to life. At the default settings, the keyboard has a soft cool blue light, highlighting all of the keys and providing us with a subtle under glow. The maximum brightness is powerful enough to give you a good lighting effect in a bright room and even more so in a darker environment.

There’s several lighting effects available, such as reactive lighting that fades out shortly after you’ve pressed the key. 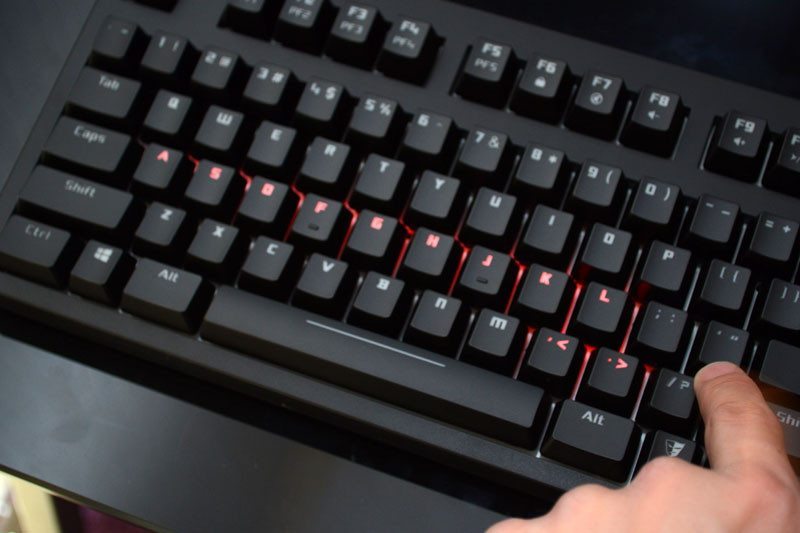 A smaller fixed rainbow pattern over the primary gaming keys. 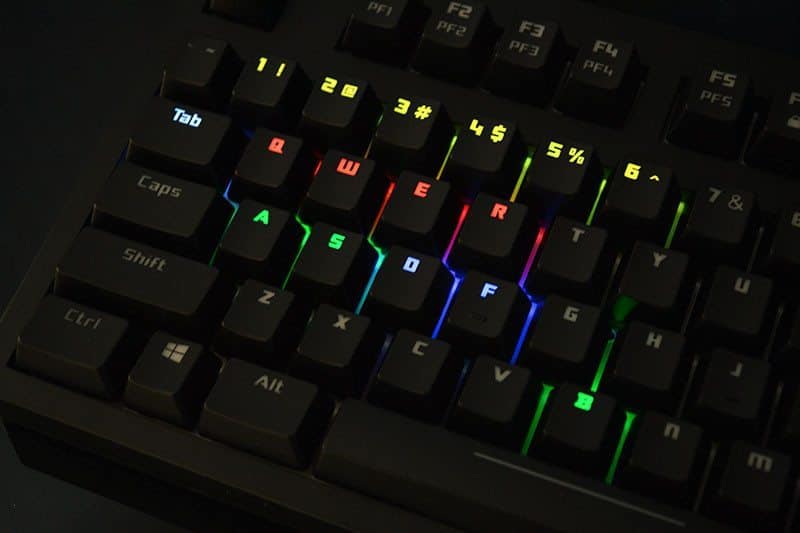 Finally, another reaction setting, my favourite one too. Hit a key and the surrounding keys give off a burst of light. 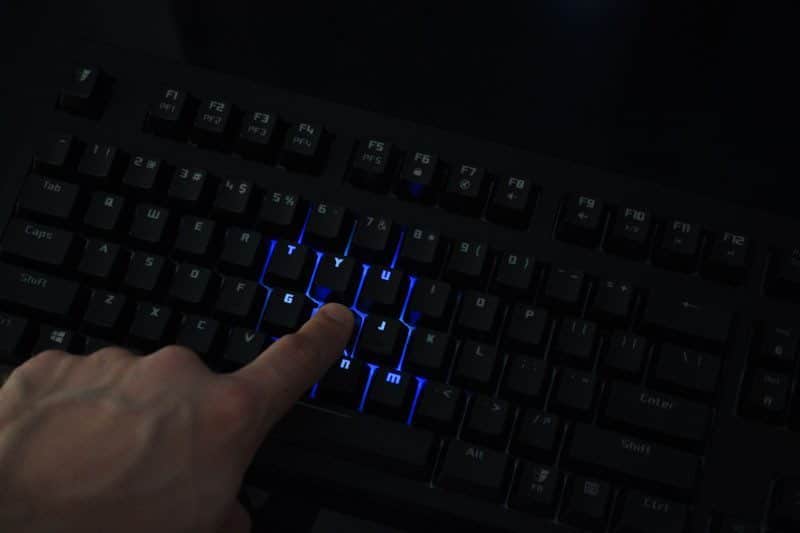 The performance of this keyboard is pretty much what I expected. It’s a high-end mechanical keyboard and while it may be one of the cheapest RGB keyboards, it’s still an expensive products, so it has some fierce competition out there. Fortunately, I’m very happy with how it performs, the switches feel snappy and responsive, the chassis of the keyboard feels durable and firmly planted whilst gaming and it’s not overly loud to type on while typing; at least when compared to similar red switched keyboards.

Most people are familiar with the Cherry MX Red switch, but Cherry are not the only switch maker in the world. This keyboard uses Kailh brand switches, which are very close to the Cherry switches. Personally, I couldn’t tell the difference in a blind test. The Kailh red switches are fast and light, which is great for firing off those rapid keystrokes whilst gaming.

Playing a fair few games of Battlefield 4, Borderlands 2 and this weeks particular delight, The Witcher 3, proved no problem for the Excalibur and I’d happily adopt it as my full-time gaming keyboard. The only thing some may desire from this keyboard is a few dedicated macro keys, but it’s not like there aren’t a fair few other options on the market for those that do.

The keys are a little clanky, especially when you have a heavy typing action like I do, but they’re still just a little quieter than most other keyboards and you could always improve this further with the installation of some O-ring mods.