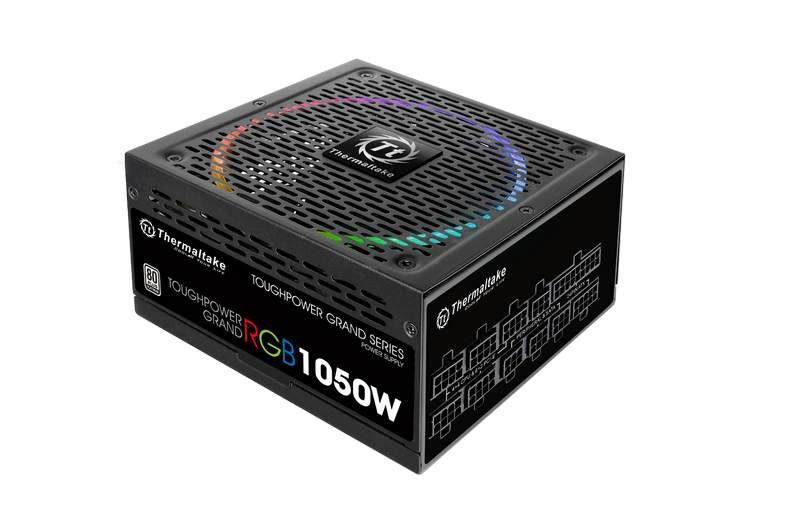 Thermaltake is introducing the new RGB LED 80-Plus Platinum version of their award-winning Toughpower Grand series. The fully modular unit uses a 140mm Riing 14 RGB LED fan to cool the internals. Via a single button press at the back, users can access a 256 Color RGB Cycle with variants including Solid Red, Green, Blue, White, and a LED Off mode. Not only does the larger fan size provide excellent cooling, it also lets users play with custom lighting effects as well. 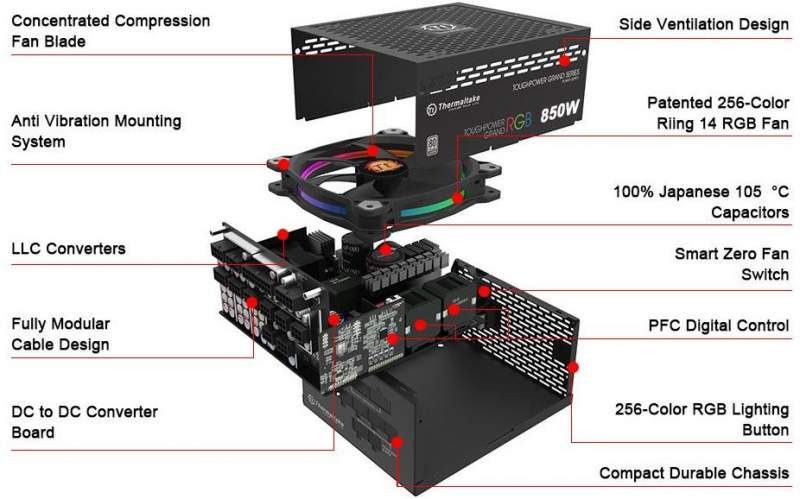 While most users have a case that mounts the power supply facing down, Thermaltake offers several cases that lets users show this RGB LED lighting off. Namely their wall-mounted Core units.  Although the company claims that you should mount this PSU with the fan facing up anyway because they designed it to be more optimal that way. Claiming a 3°C temperature drop compared to the fan facing down. 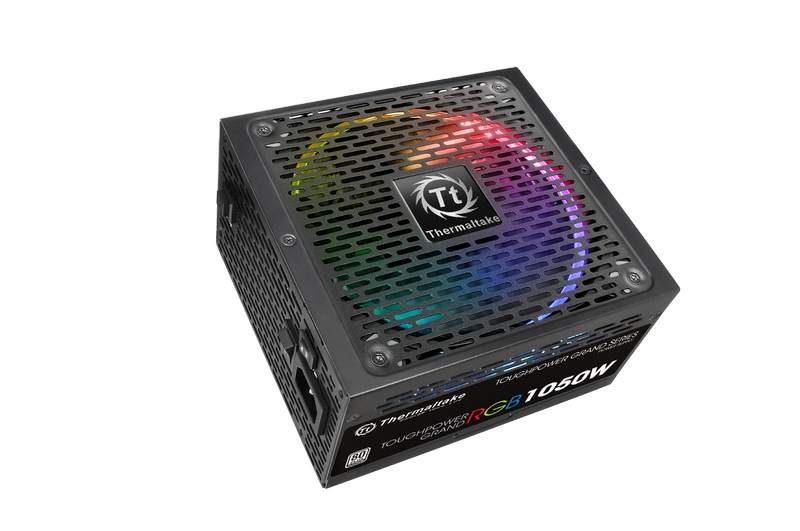 In terms of capacity, the Toughpower Grand RGB Platinum is available in 850W, 1050W and 1200W models. It is meant for high-end systems which is why there is no compromise with component selection. Only high quality 105°C Japanese made capacitors are used inside. Since these can handle high temperatures well, the fan stays idle until the load goes over 40%. Thermaltake is so sure of it that they are backing the Toughpower Grand RGB Platinum with a 10-year warranty. 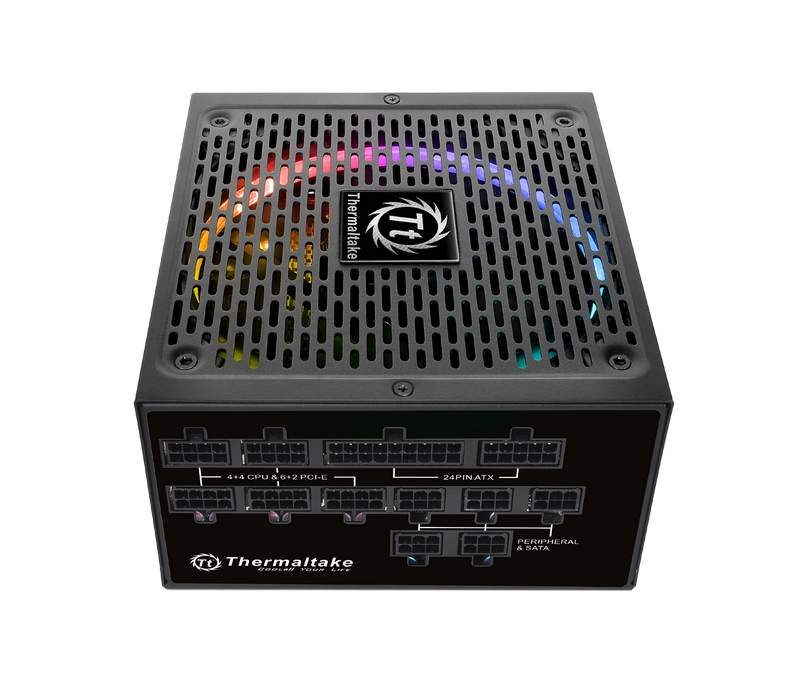