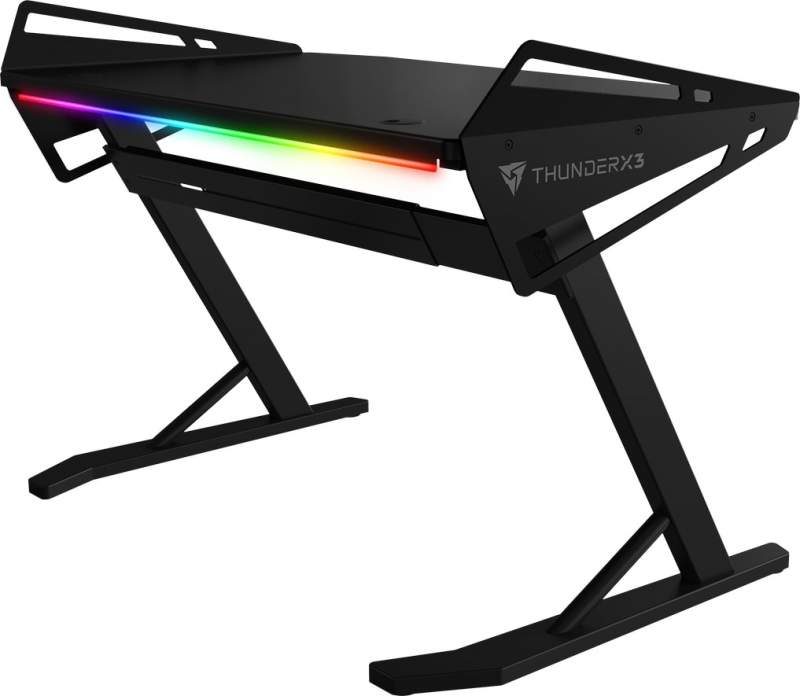 Aerocool‘s eSports sub-brand ThunderX3 is teasing the launch of their new Gaming Desk, expanding their furniture product offering. We actually saw the early prototype for this desk earlier in January at IMM in Cologne, Germany. Back then they were still considering the features which would go into this desk. As a gaming-oriented desk, obviously it is going to have features and aesthetics which compliment the other peripherals and products which ThunderX3 is selling.

The Gaming desk uses a sturdy steel frame with legs on gas struts. This allows the height to be adjusted as one would with a gaming chair. No need for any loud motors or complicated setup. Simply pull the lever and it can move down to a lower height. These legs are also at an angle so that the weight distribution is able to support a lot on top without tipping over. 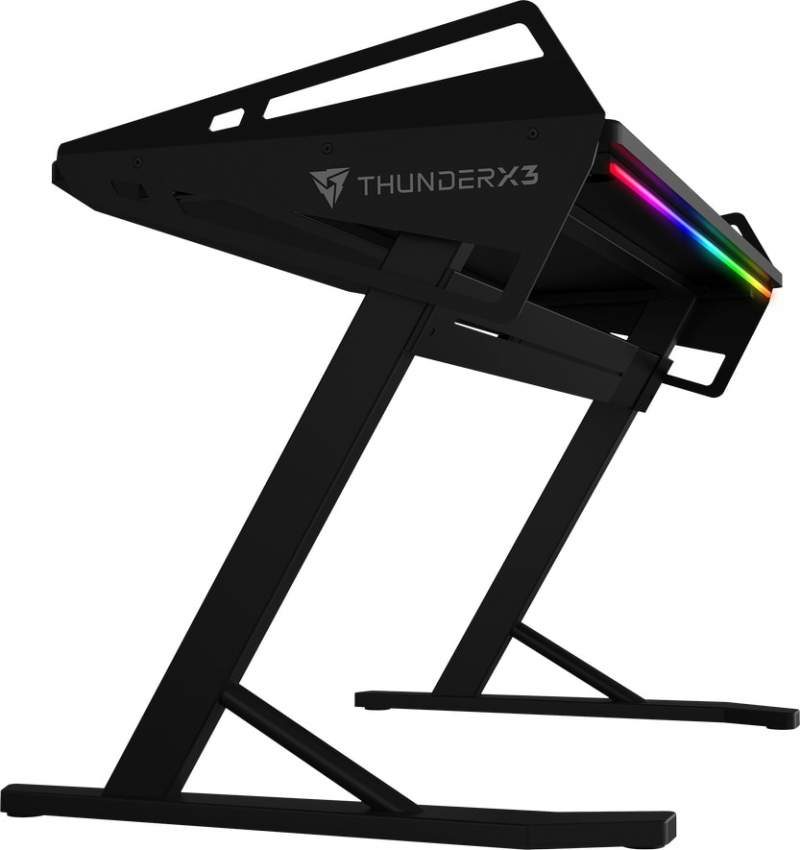 There are also cable management and routing holes available right on top of the desk. This ensures that there are minimal clutter on top in terms of cabling as users can just route them all down and manage them underneath. The latest render photos show two cable routing holes available. However, the early prototype has a USB hub panel on the top right as well. It is not clear at this time whether ThunderX3 opted to forgo that front panel passthrough. It would have allowed users to have their tower underneath and just pass-through the front IO connectors through the desk extension ports. 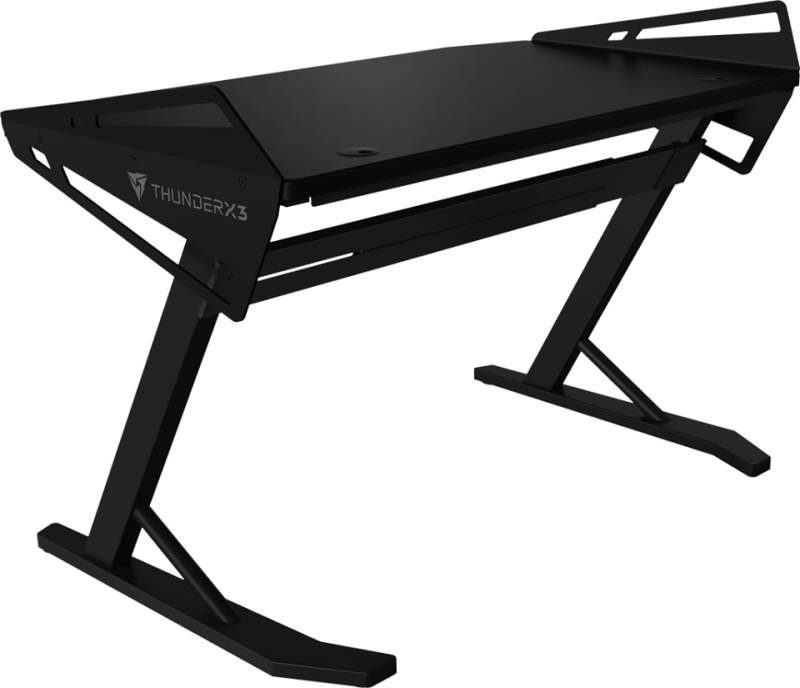 Does the ThunderX3 Gaming Desk Have RGB LED?

Just like with the prototype shown at IMM 2018, the Gaming Desk does feature a strip of RGB LED along the backside edge. This is the area which will be against the wall, so it makes sense to put RGB LED lighting there. That is because it will create an RGB LED backdrop to the screen rather than blinding the user in the front. 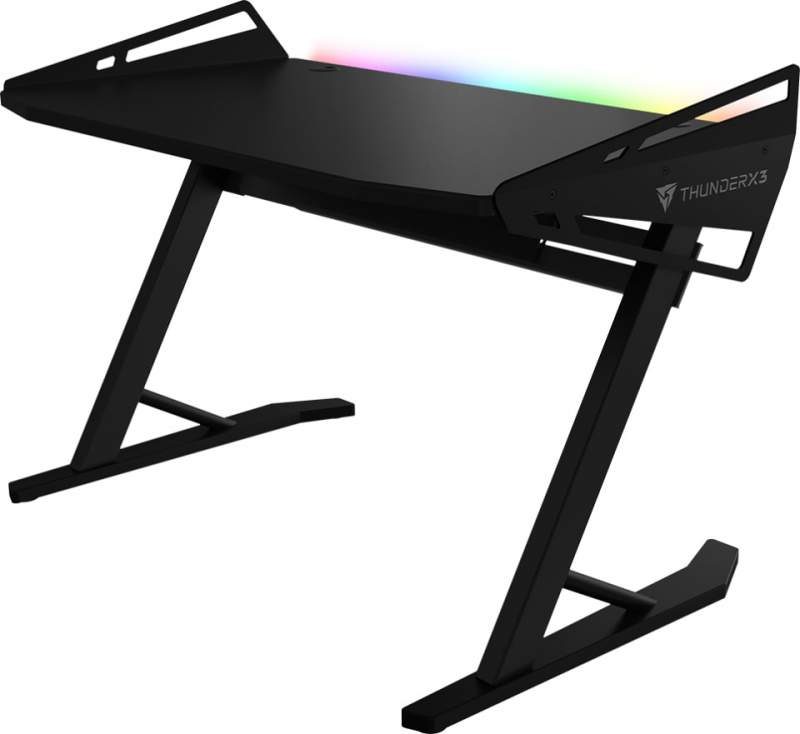 Since it has been in development for a while, this gaming desk will likely launch within a few weeks. This is going to be the very first table from the brand, adding to the gaming sofas available in their lineup and complimenting their gaming chair family. From Computex 2018, ThunderX3 also has a mechanized height-adjustable gaming desk coming soon, in addition to this model.