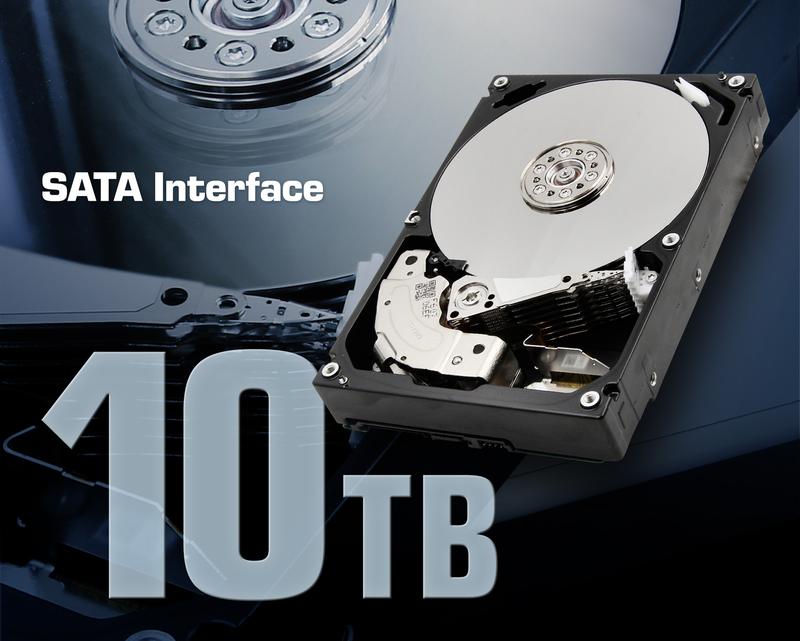 Toshiba announced a new drive series in their enterprise lineup, the MG06 series. The new series of enterprise-class hard disk drives come with a capacity of up to 10TB. That’s a 25% increase when compared to the previous MG05 series.

The new series comes with up to 10TB capacity, but that’s not the only size. Besides the 10TB model, there will be an 8TB and a 6TB model too. The MG06 series supports emulated 512 advanced format (512e) or 4k native sector technology.

The largest version of the new series has a performance rating of up to 237MiB/s while the smaller version can reach 230MiB/s. Other than that, the various drives are identical in specifications. Each Toshiba MG06 eHDD features a 256MiB cache buffer and a 7200 RPM spindle speed.

Enterprise-class drives require a special endurance, that’s a given. These kinds of drives take a beating with data and they need to be able to withstand that. Toshiba didn’t just increase the capacity with 25% for this series, they did the same for the MTTF which is now 2.5 million hours. The drives are rated for up to 550TB total bytes written and read per year.

Toshiba also added their Persistent Write Cache Technology to the MG06 series. With it, the drives offer data-loss protection in case of a sudden power-loss event. There will also be Sanitize Instant Erase (SIE) option models available.

Toshiba has started sample shipments of the MG06 SATA HDD, but didn’t announce a price at this time.