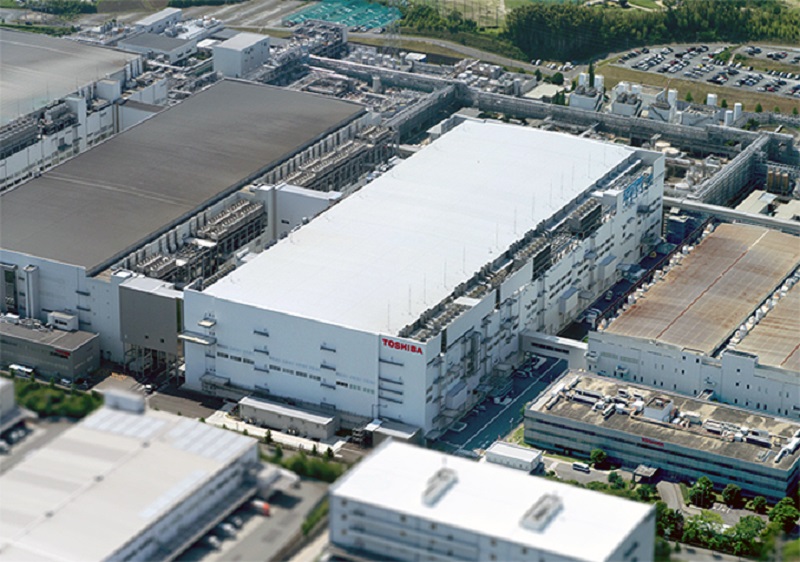 With the move to 3D NAND, manufacturers have started rolling out new facilities to meet demand. As part of their investment in NAND, Toshiba has announced that they have finalized plans to build a new Fab solely for the production of 3D NAND. Together with partner Western Digital/SanDisk, they hold a slight edge in NAND market share and are hoping to keep things that way.

According to the plan released, the new facility will begin production sometime in 2018 with high volume mass production in  2019. The goal is to have the facility manufacturer Toshiba’s new BiCS 3D NAND. Denser than any other 3D NAND out in the market, it should help bring costs down while increasing endurance and capacity at the same time. BiCS is already being produced at Fab 2 and eventually at Fab 5 as Toshiba/WD pivot to 3D NAND.

Right now, the NAND market has a few major players, the other being the Intel/Micron IMFT, SK Hynix and of course the giant Samsung. With the increasing amount of investment going into flash storage, SSDs are bound to become cheaper and more of a commodity. Hopefully, this will mean we can all have massive SSDs for cheap later in the decade.