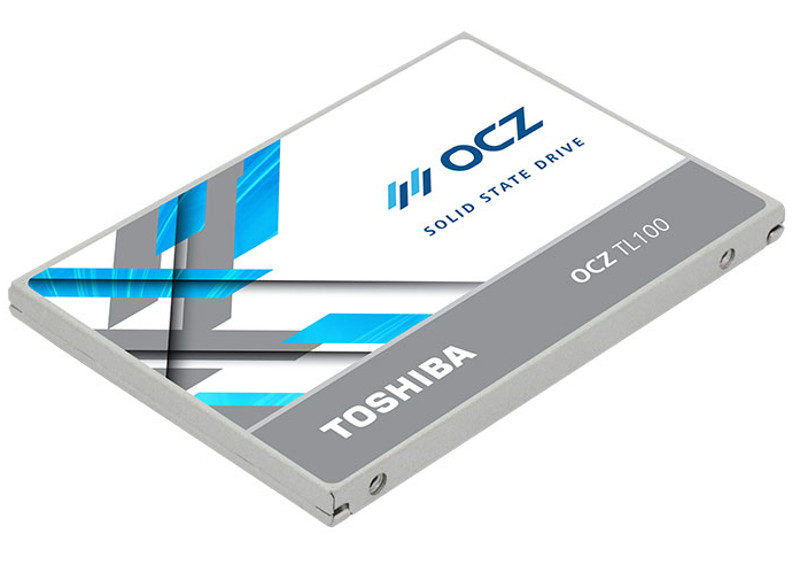 Toshiba recently launched the new OCZ VX500 enthusiast drive and today they introduced the new OCZ TL100 solid state drive series designed for entry-level users. The TL100 SSD is designed to be an affordable upgrade solution for people that still run their system on traditional mechanical hard disk drives who want to replace their old, slow, and loud drives with something more modern, faster, and completely silent without breaking the bank while doing so.

An SSD will improve the responsiveness of your system which in return will increase your productivity on top of the above-mentioned attributes, and Toshiba is doing so at a low price for value-oriented customers who want the best out of their desktop or mobile computer.

The OCZ TL100 is equipped with Toshiba TLC NAND flash memory under the hood which makes it able to deliver a great performance while keeping the costs low. The TL100 is rated for sequential read/write speeds of up to 550 MB/s and 530 MB/s, and random read/write performance of up to 85,000 and 80,000 4KiB input/output operations per second (IOPS) – all while providing low power consuming storage which also translates into a longer battery life for on-the-go users.

The OCZ TL100 SATA SSD series will be available in 120GB to 240GB capacities and will be backed by a 3-year Advanced Warranty Program, created to provide reliable customer service and mitigates the frustration surrounding warranty and support claims.