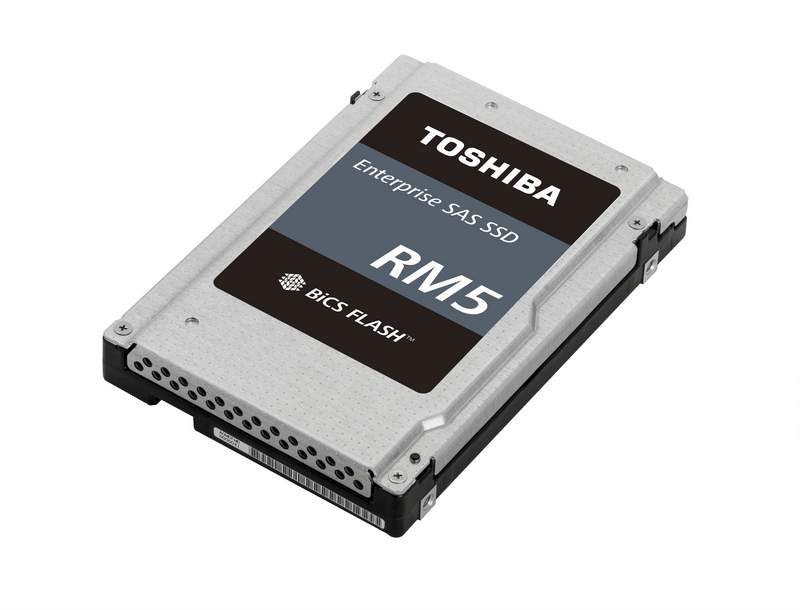 Toshiba is adding a new drive called the RM5 for their enterprise storage portfolio. This RM5 12Gbit/s value SAS (vSAS) series drive features capacity, performance, reliability, manageability and data security advantages. All at a lower price that seeks to render SATA enterprise SSDs obsolete. Unlike SATA SSDs, the Toshiba RM5 does not need SAS expanders to scale out.

Each drive uses Toshiba Memory Corporation’s BiCS FLASH 3D TLC memory. It will be initially available in capacities up to 7.68TB with a single 12Gbit/s port, SFF-8639 connector and in a 2.5″ form factor. Other capacity options include 960GB, 1.92TB, and 3.84TB.

How Well Does This Drive Perform? 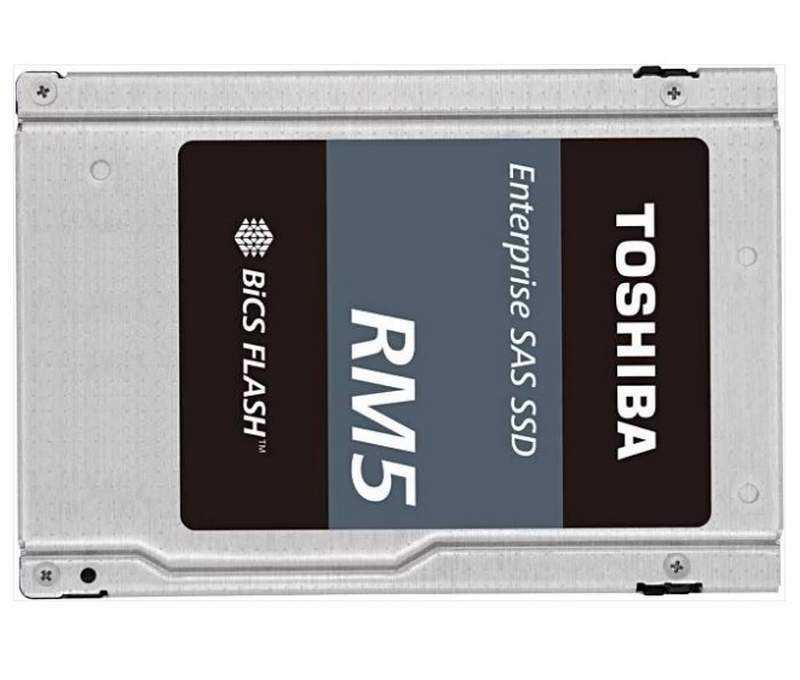 However, in comparison to an SAS server SSD such as the Samsung PM1643, it comes up far shorter. Especially since the PM1643 has a sequential read speed of up to 2,100 MB/s and sequential write speed of up to 1,700 MB/s.

In terms of endurance, the RM5 has a 1 drive-writes-per-day (DWPD) rating and a mean-time-to-failure (MTTF) of 2.5 million hours.