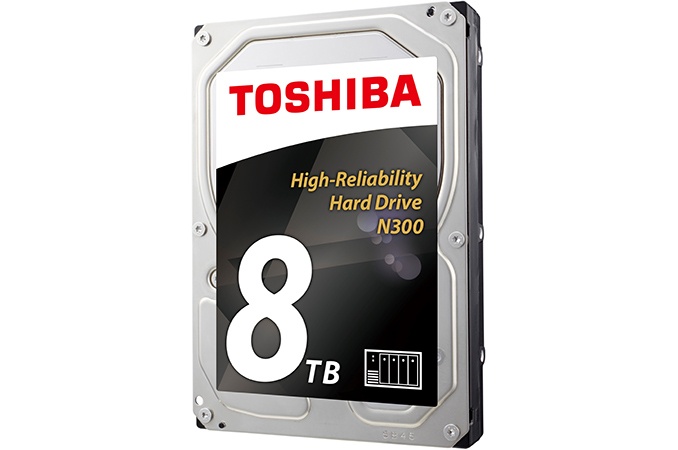 Toshiba has launched a new 8TB NAS hard drive, boasting its fastest data transfer rate yet. The Toshiba N300 NAS range of drives are 7,200rpm HDDs with a 6Gbps SATA interface, 180TB/year workload, 4.17ms average latency, and a mean of one million hours of 24/7 operation before failure. The transfer rates of the N300 drives – also available in 4TB and 6TB models, as announced back in January – are 200MBps (4TB), 210MBps (6TB), and 240MBps (8TB), the latter of which narrowly beats Toshiba’s MN series, which offers 230MBps. According to Toshiba, the performance boost is thanks to the N300’s Dynamic Cache Technology.

“We recently revealed that we were the fastest growing vendor in the HDD space for 20163,” Michael Cassidy, Vice President of Consumer Hard Drives at Toshiba America Electronic Components, Inc., said. “Our new N300 Series is another testament to Toshiba’s market leading determination to meet customer demand with drives that offer variety, dependability and efficiency for every need.”

The Toshiba N300 NAS HDDs are out now. Toshiba does not have a recommended retail price, but the 8TB version is currently selling for £267.98 on Amazon.