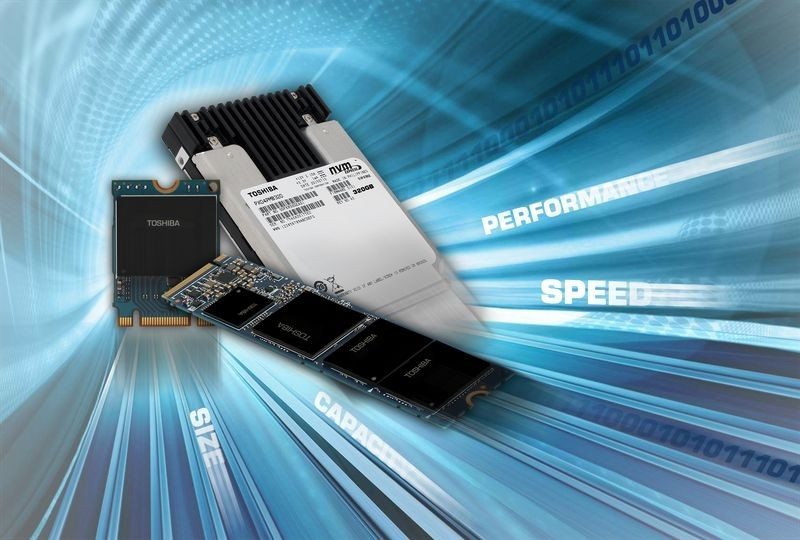 Toshiba announced three new families of solid state drives that are fitted with high.speed PCIe interfaces that provide high.bandwidth point-to-point links with the processor and reduce system bottlenecks. That is thanks to the use of the NVMe protocol and they come for various systems. All versions are built with Toshiba’s own MLC NAND flash memory.

We’ve previously seen the PX4P family that is designed for server applications in its 2.5-inch form factor, but the M.2 drives are new. Most newer motherboards feature an M.2 connector and the drives are also used in netbooks and ultrabooks thanks to the small form factor.

The XG3 family is the one aimed at the broader audience and it is an impressive drive. It is an M.2 Type 2280 drive and comes with the industries highest capacity of up to 1TB. It supports up to four PCIe 3.1 lanes and a maximum bandwidth that is six times that of the SATA3 interface. There will also be a 2.5-inch SATA-Express version of this drive. The XG3 series is equipped with Toshiba’s QSBC (Quadruple Swing-By Code) error-correction technology and also features lower power state modes. It is also the first Toshiba product to support the Trusted Computing Group security specification, Pyrite (TCG Pyrite). 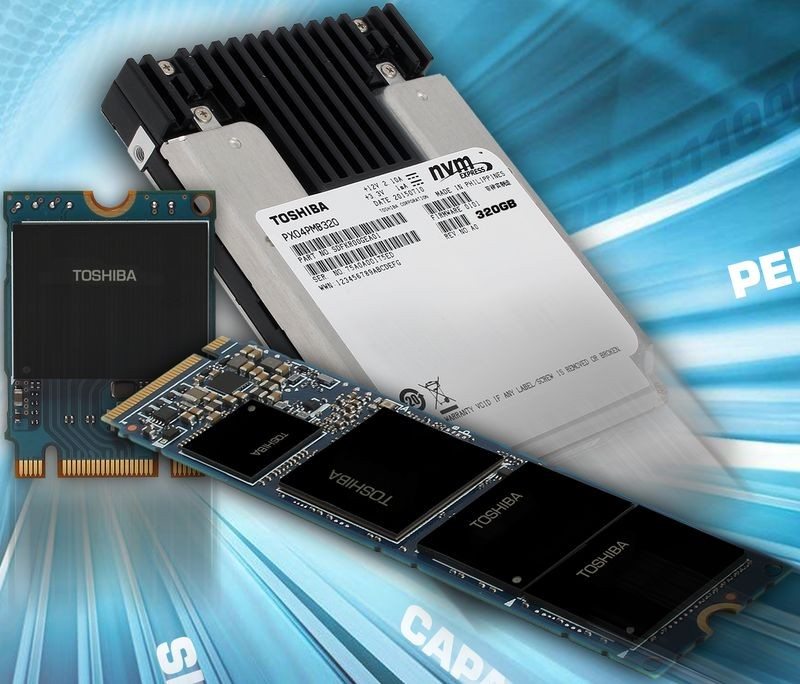 The second M.2 type drive that Toshiba Announced, is the BG1 SSD family, the world’s smallest NVMe SSD. It measures just 16 by 20 mm thanks to the M.2 Type 1620 form factor and will also be available as a Type 2230 removable module with up to 256GB capacity. This drive is designed for thin notebooks and 2-in1 systems that are naturally limited in physical space. The BG1 series also supports the TCG Pyrite and features the low power state modes that the larger XG3 family has.

Along with these information, we also learned that the PX04P series, with its incredible low 18 watts max power draw, also will be available as HHHL (half-height half-length) add-in card next to the SFF-8639 12Gbps connector. Samples of the new drives are expected in Q4 2015, so expect the actual drives sometime during the start of 2016.