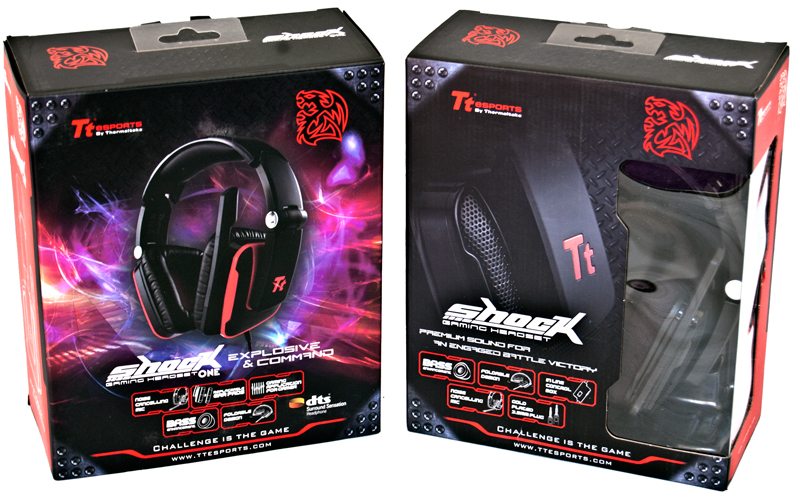 We love a good gaming headset here at eTeknix and there can only be one thing better than one gaming headset, two of them! What better way to kick off a great review than to take a good look at a the range of Shock headsets from Thermaltake’s ever popular gaming brand TteSports.

TteSports are one of the best known gaming brands on the market, through constant support of pro gaming, eSports and of course their close partnership with eSports team “Team Infused”, as well as being hands on with the gaming community and many of the world’s top gaming events, not only within the eSports community but also BYOC LAN gaming events such as Multiplays Insomnia iSeries.

We’ve actually reviewed one of these headsets before, the Shock One, which I personally reviewed, albeit quite some time ago now. I had a few minor issues with it but overall I couldn’t knock its overall audio performance, nor argue with its value for money, so how will it compare to the other headset in the range, the TteSports Shock?

The Shock One is priced at around £60 while the Shock is a much more modest £30 and since we’ve already reviewed the first one, this is really a review for the Shock, but is it half as good as the Shock One given that its half the price? Or to put it another way, is the Shock One twice as good!

Well lets not hang around and lets jump straight into taking a closer look at each of these headset to see what they have to offer, where I hope to find out which one sounds the best and which one is better value for money.