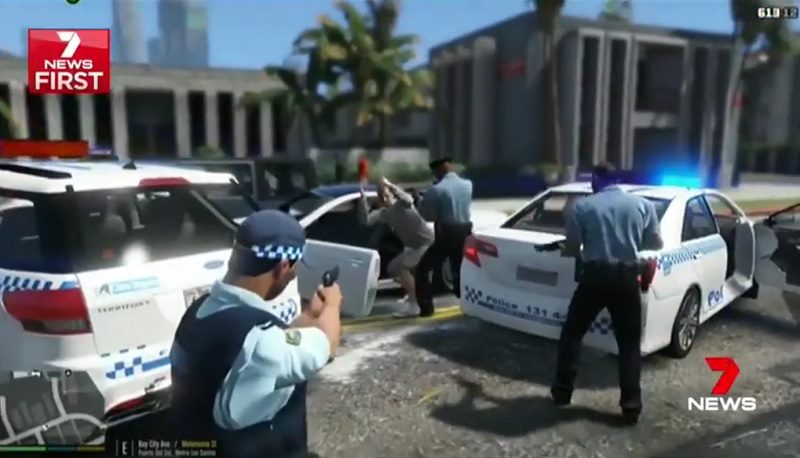 From indiscriminate violence, sex with prostitutes, through to ‘Hot Coffee’, Grand Theft Auto has courted controversy for as long as it has existed, though any legitimate criticism is often smothered by tabloid-style, “won’t somebody please think of the children?” outrage on TV news outlets, usually with hilarious results. The latest furore, stirred by 7 News Sydney in Australia – a country notorious for banning any game that even hints at the existence of punching and/or boobies – focuses on a “black market” (ha!) mod which allows Grand Theft Auto V players to take control of a New South Wales police officer.

The news story, found below, blames the mod on “underground computer geeks” who were able to make the nefarious “hack” because “the online world is virtually lawless.” An angry NSW police department has vowed to “take action against the designers.” Yeah, good luck with that.

As Bora O Oxdemir, top commenter on the Facebook video of the TV news piece, puts it:

Couldn’t have said it better myself. Oh, and then 7 News posted an equally hilarious follow-up:

In case you were wondering, the 18-month-old mod is part of LSPDFR, which is a conversion of GTA V that turns the game into a police simulator. Here’s how to get it: