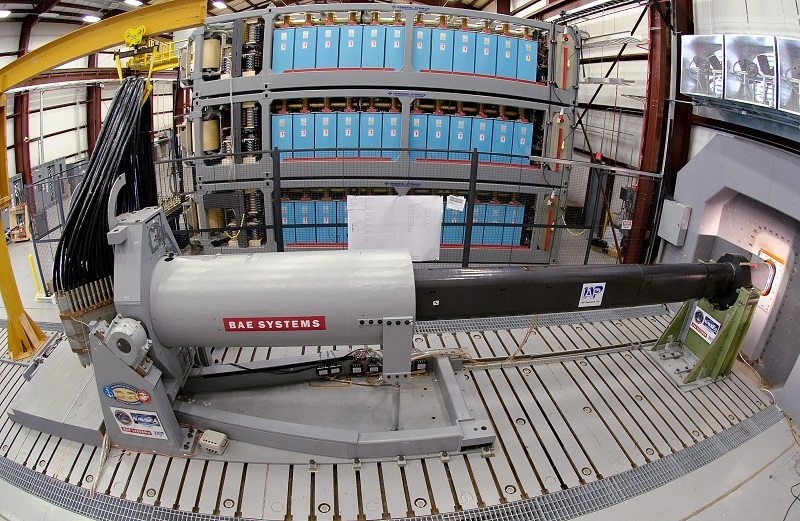 Ever watch BattleTech as a child? Well if you haven’t you’re missing out, but if you have then you’re hopes and dreams of being able to see a railgun being fired are about to be realized.

The United States Navy is set to release it’s electromagnetic railgun on a single joint high-speed vessels (JHSV) in 2016 according to the report.

Since 2005 the U.S. Navy has been testing this technology and from the looks of it they’ve been doing a very good job of progressively improving it.

According to the Navy, the weapon uses “an electromagnetic force – known as the Lorenz Force – to rapidly accelerate and launch a projectile between two conductive rails.” The weapon will be able to shoot projectiles at an increased velocity than any weaponry available right now, which in turn will allow each round to travel much greater distances. Because of this ability to maintain velocity for a greater period of time, this means that it will not require a “high explosive payload” when it reaches a target. The Navy has stated that this will make its ships safer because they won’t have to carry as many explosives on board. Once the weapon is ready for deployment, the Navy states that the railguns will be able to launch “guided, multi-mission projectiles to a range of 110 nautical miles.”

Thanks to Engadget and the U.S. Navy for providing us with this information.