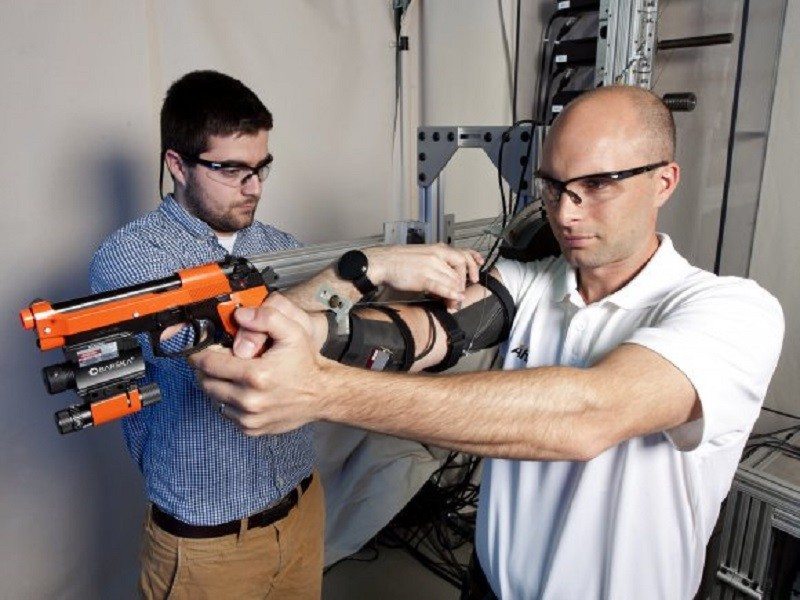 Whenever I hear a new piece of tech which is being developed with the aim of blurring the lines of real life and science fiction, I am curious, but it’s then sometimes followed by a groan when you realize it’s for the purposes of war, destruction and general super power posturing. A new Robotic Exoskeleton is being developed by yes the US army to assist in the training of soldiers and their shooting accuracy.

A gentleman by the name of Dan Baechle who is a mechanical engineer is testing MAXFAS, a mechatronic arm exoskeleton at the Army Research Laboratory in the United States. As you can see by the image below, this device contains a motor for the MAXFAS cable which is driven behind the wearer. This in turn pulls the cables that are attached to arm braces; the effect of this would be similar to a puppeteer who pulls strings to make certain objects move. The braces are constructed from carbon fibre; this is useful because it adds very little weight to the arm. Always amuses me when you’re handling a potentially lethal object but always remember to wear goggles. 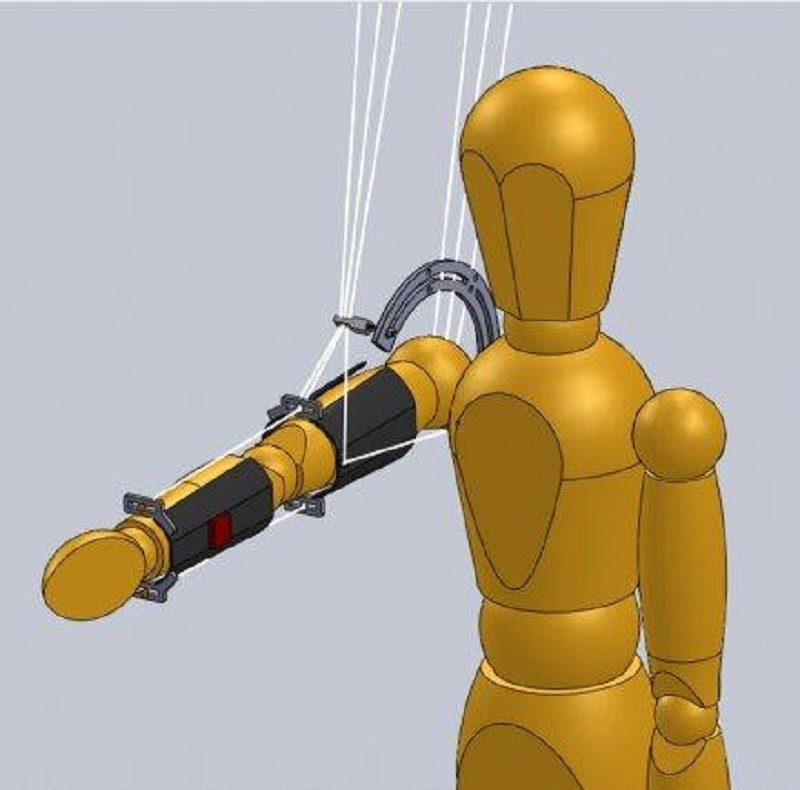 By having sensors placed onto the braces it feels and corrects any shaking in the arm by sending signals to the motors. By doing this, the arm would be able to focus without the slightest of human tremors and therefore improves shooting accuracy at a faster rate, which is fantastic for the shooter, perhaps not so much for the target.

This design has the potential to be implemented outside of military circles, for example, if an individual has Parkinson’s disease and has a constant tremor, this might be able to help manage this. I also feel that perhaps the US government should lend its researchers and dev team to produce cutting edge tech with the aim of assisting the general public, after all, finances should be allocated for not only war but peace.

Thank You army.mil for providing us with this information