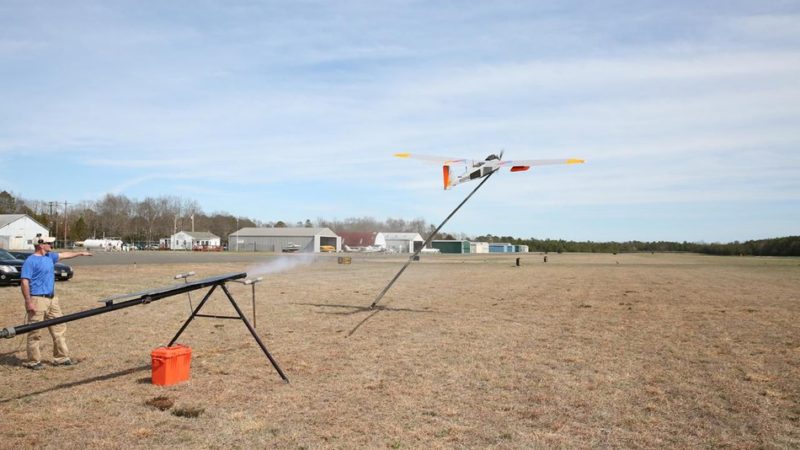 Verizon has been flight-testing LTE drones as part of their disaster relief situation plan to expand network coverage after a catastrophic event such as storms, tornadoes or earthquakes which usually knocks out cell towers and disables people’s ability to contact emergency services. Verizon has been doing the tests since October and has been testing the LTE drones under different extreme weather conditions to see how effective airborne cell-site deployment is.

What happens if you lose coverage during severe weather? Send in a long endurance drone with 17 ft wingspan @verizon@AmericanAeroInc pic.twitter.com/OAeuOURl4J

The latest test flight was conducted with the American Aerospace Technologies Inc, which piloted a 17-foot long drone from New Jersey. This drone is capable of flying for 12 to 16 hours at a time at 22,000 feet and against high winds. The massive drone is equipped with imaging capabilities which it can transmit directly to emergency services if needed as well.

Verizon considers the test a success although they have not announced an actual planned launch date yet, only more testing which will take place again next month. Verizon is not the only telecommunications company with similar plans however, rival AT&T has also announced their national drone initiative last summer with similar goals as Verizon. Verizon feels confident that they have taken the lead with their latest efforts compared to AT&T.

“In our view, no one else in the industry has taken the kind of holistic approach of extending the reach of 4G LTE and IoT like Verizon,” said Mike Lanman, senior vice president of Enterprise Products and IoT at Verizon.

Google also has a similar balloon-oriented initiative called “Project Loon” launched in 2013 with similar ideas. Microsoft, partnering with D-Link also has a similar disaster relief initiative to restore communications quickly via Wi-Fi, but it involves mesh networks and has been proven to be effective after seeing deployment several times already in the past.