Virtual Space Battle Worth $300,000 Erupted In Eve Online, All Due To An Unpaid Bill 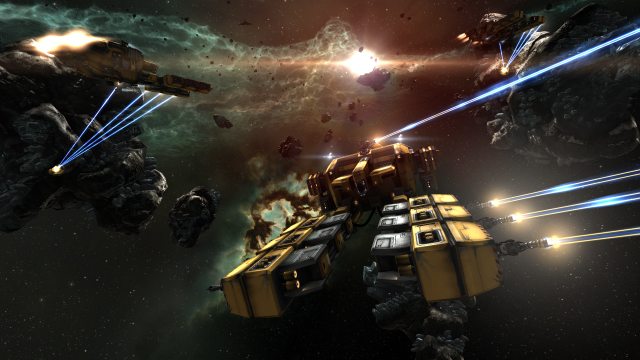 It is said that EVE Online had the most colossal battle, and the most expensive one, which all started because one alliance forgot to pay the most common thing we all have to face in life, namely a bill. The N3 coalition failed to make a hugely important system, allowing other alliances to attempt complete takeover, leading to all hell breaking loose and losing an estimate of $300,000 in the process.

“An alliance in the N3 coalition missed a bill payment for the system where Pandemic Legion is staging and storing their fleets. This missed bill caused sovereignty to drop across the system leaving the station vulnerable to capture. Seizing the opportunity, the CFC (Goonswarm Federation, Razor Alliance, Black Legion and the Initiative) and Russian Coalition (Solar Fleet, Darkness of Despair and Against ALL Authorities) captured the station.” CCP explained in an e-mail.

N3 and Pandemic responded in force, with more firepower, then CFC and Rus responded as well with even more force. And so on, until the whole thing escalated beyond the point of no return. In the process, the various factions involved lost a total of around 70 titans, and given that titans are massive god ships, as they describe them “the blue whales to everyone else’s guppies”, which cost somewhere in the area of $3,000 a ship, losses were huge. With another 4,000 ships tossed into space’s deadliest rave, it all adds up to approximately $284,500, and numbers are still rising.

It ended with N3 and Pandemic losing 40-50 titans while CFC, Rus, and co managed a slightly less catastrophic 20-25. CFC won, but obviously not without some serious damage taken as well.

Thank you Rock, Paper, Shotgun for providing us with this information