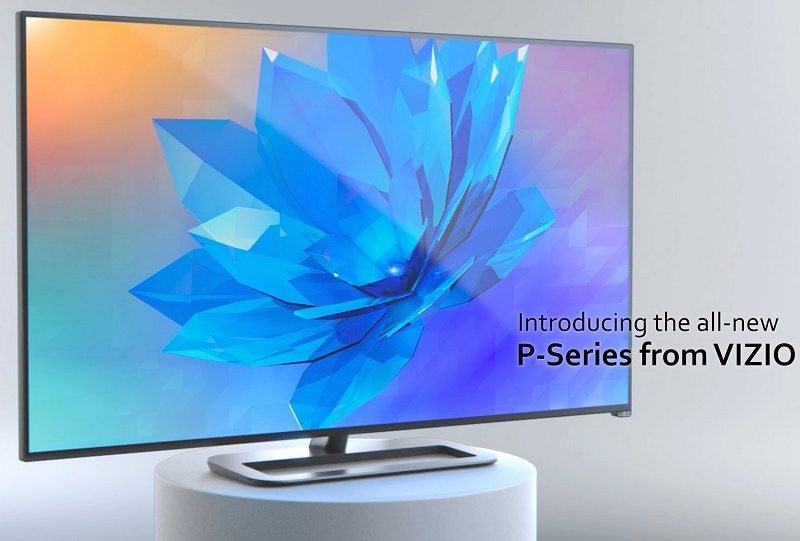 Resolutions; How it was not so long ago that we all viewed content on our television sets at 640×480 pixels – long gone is that resolution in today’s digital world. Today US based television manufacturer Vizio announced a 4K resolution “P-Series” TV – looking to bring 4K resolution screens to the masses. Through extremely cut-through pricing models, Vizio have established themselves as a fresh and upcoming household name in the United States. The 4K TV was first spotted back in CES earlier in the year – with the company proud to announce today that pricing will start at just $999.99 for the 50″ model. The P-Series is built on a resolution of 3,840 x 2,160 pixels and features a whopping 240Hz refresh rate, full-array LED back-lighting across the entire panel, a 50 million to 1 dynamic contrast ratio as well as a total of 1.07 billion colours.

The P-Series is completely wall mountable, and includes the standard Ethernet, USB and HDMI inputs you’d expect. What’s also nice to acknowledge is the attention to the little things. You’re still capable of plugging in your old devices as the P-Series has inputs for composite cables as well as analogue audio  – whilst this might sound a little outdated and old hat, it’s still always nice being able to hook up your old gaming console whenever you want to.

On top of this, the P-Series line also includes a bigger 55″, 60″, 65″ and an enormous 70″ model – with values ranging from the bigger sets of $1,399 through to $2,499. Vizio thus far have really impressed with their picture quality at CES this year as well as design – so people who are in the market to upgrade their ageing television sets should really have something to look forward to here. 4K is without question the future resolution that we’re shifting towards, so if pixels and resolution mean a lot to you – now is looking better than ever to make the swap.

Competition such as LG and Samsung are going to have a tough battle ahead with Vizio – who currently offer the same resolution and size of screens for around $500 more. The new Vizio sets are available to purchase in the United States now.

Thanks to Vizio for providing us with this information.