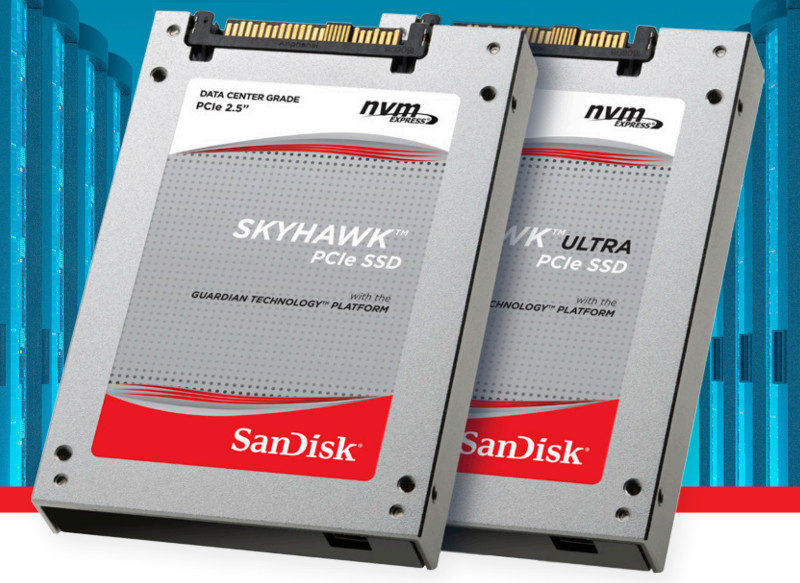 Western Digital has been pushing their NAND business a lot since they acquired SanDisk which is pretty much a given. Else they wouldn’t have invested in them. All their efforts are clearly worth it as they’ve showcased some impressive products since the merger. The latest is no different, and the company’s newest offering is an NVMe PCIe SSD in U.2 form factor called the Skyhawk. While the name is a bit confusing as Seagate has their Skyhawk NVR HDD, the drive itself is quite impressive.

The new SanDisk Skyhawk SSD comes in a U.2 form factor that makes it easy to deploy in large enterprise environments, and that’s also the intended clientele for the drive. The Skyhawk SSD comes with impressive capacities up to 3.84TB in a 2.5-inch form factor which in itself is darn nice. The drive uses the NVMe 1.2 protocol and comes with in-box drivers for all major operating systems.

The Skyhawk SSD is optimised for read-intensive and mixed-use workloads. It can deliver a performance of up to 1700MB/s reading and 1200MB/s writing at sequential operations. The random performance isn’t quite as impressive as the drive only comes in at 150K IOPS for the read-intensive version and 70/30K for the mixed-workload version of the drive. On the other hand, the Skyhawk SSD is designed to deliver this kind of performance on a 24/7/365 basis.

One of the drive’s obvious strengths is the power consumption. It will only consume about 11W which is quite a bit lower than the usual ~25W power consumption of similar solutions. When you calculate that up in enterprise levels and the amount of drives that will be deployed, then it becomes clear that the SanDisk Skyhawk SSD can lower the total cost of ownership per TB of data significantly.

The full specifications of this new drive can be found below, and it is currently being sampled to select customers. Wider availability is set for Q2 this year. There was no word on pricing at this point. 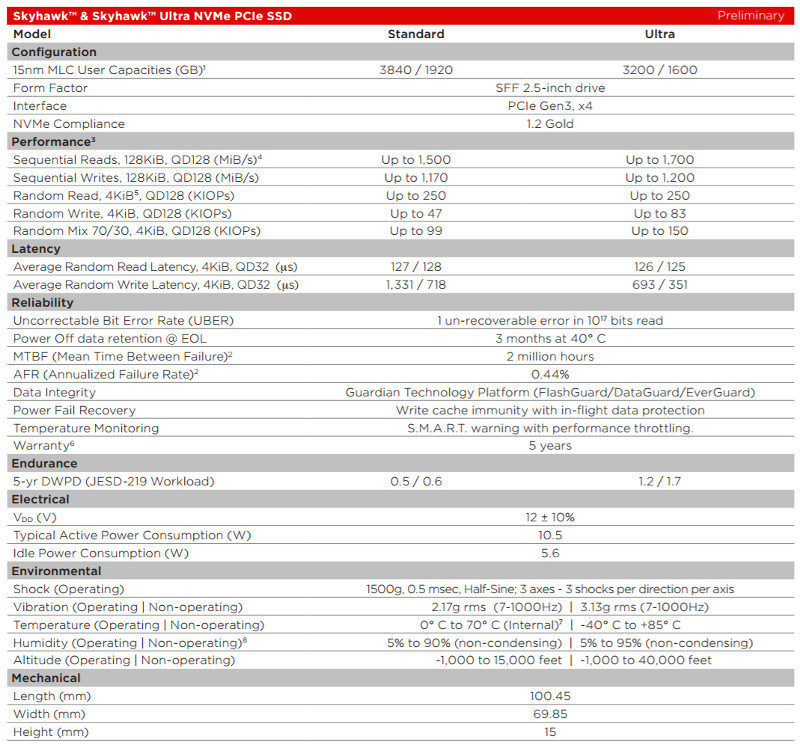