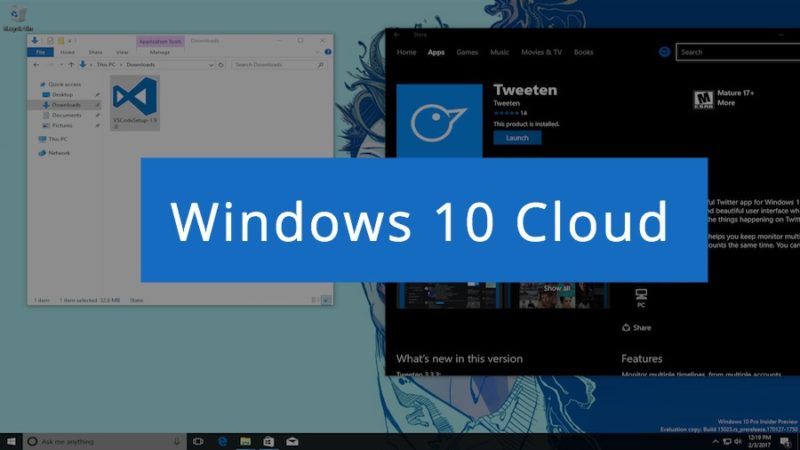 Earlier in the month, we brought you word of Microsoft latest pet project, Windows 10 Cloud. It seems that even with the debacle of Windows RT hanging over them, Microsoft hasn’t given up on making a locked down version of Windows. Early reports suggested that Windows 10 Cloud would be limited to running UWP apps from the Windows store. A leaked ISO has now confirmed that ‘feature’.

According to documentation associated with the ISO, the UWP app limitation is meant to provide enhanced security. Unlike traditional Win32 apps, UWP apps are sandboxed and run with more limited permissions. The simple fact is that Win32 apps were not made with security in mind, with only the Windows UAC (User Account Control) acting as a shield. There is also the fact that most malware is made and distributed in the form of Win32 apps.

Aside from the UWP limitation, some administrative tools are also locked down as well. It seems like Microsoft is aiming Windows 10 Cloud at users who don’t know what they are doing. Other than these changes, the new OS is much like Windows 10 and has no relationship with the cloud. It will be interesting to see if this new OS will pick up steam or die just like Windows RT did. The only thing that has changed since then is that Win32 apps can now be more easily converted to UWP apps, perhaps filling in the app gap.