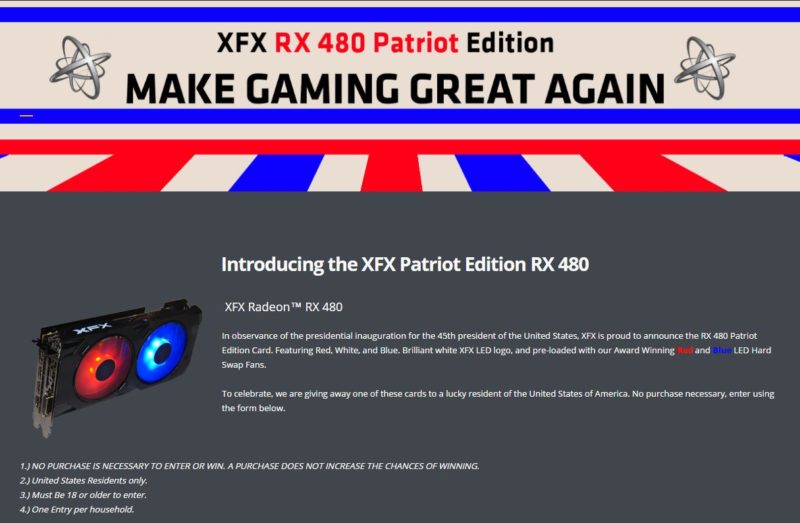 Often times, companies will have giveaways set to coincide with special events like New Years or CES. In a surprising move, XFX has also started a new giveaway to coincide with the United States Presidential Inauguration. Taking a page out of President Trump’s slogan, the XFX RX 480 Patriot Edition is meant to make gaming great again.

The RX 480 Patriot Edition isn’t a new model launched for Trump’s inauguration. Instead, it is a standard XFX RX 480 RS with red and blue LED Hard Swap Fans preinstalled. Of course, the red and blue are emblematic of US patriotism, with the only missing element being a white shroud.

As you might expect from a US focused card, the giveaway is limited to US residents only. Those of you who have just gotten a new president and are interested in the giveaway can join here. For the rest of us, we will have to wait until Vega or the GTX 1080 Ti for gaming to be made great again.