Each year, at around this time, YouTube releases a video. In it, they tend to try and capture within a few minutes some of the highlights that the platform has seen over the year. On the whole, therefore, you might expect this to be a rather pleasant, popular and benign thing to do.

With the release of Rewind 2018 though, fans of the website have been clearly angered. Why? Well, rather than making it about the best content of the year, it seems that Rewind 2018 is more of an advertisement for the website itself.

The hatred for it has, however, jumped to new heights. Finally beating Justin Beibers record, Rewind 2018 is now officially the most disliked video on the platform! 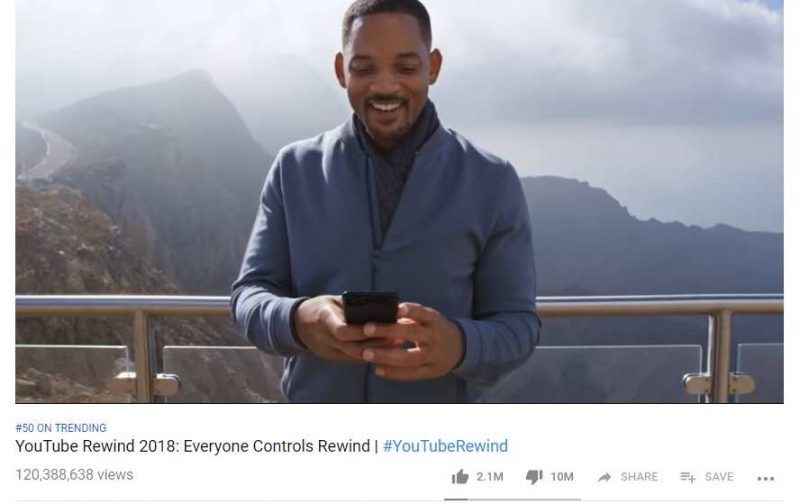 Achieved In 8 Days What Justin Beiber Did Over 8 Years

Releasing on December 6th, the video has managed to amass more dislikes than Justin Beibers video did in 8 years. Is the anger really wanted though? Well, on a personal level you would, of course, have to make that decision for yourself. Having watched the video though (which I have included for you below) I do understand the answer.

Ignoring some of the biggest members of it’s platform, it seems to more concentrate on the content that has been better for advertisers. In other words, this ‘Rewind’ feels more like a sales pitch telling people just how great YouTube is rather than celebrating the people who make it possible.

What do you think? What’s your opinion on the video? – Let us know in the comments!