During our visit to CES last month, we had a first look at Zotac’s first PCI-Express based solid state drive and we already liked what we saw there. Now Zotac officially announced the new drive and gave it the Sonix branding. The Sonix PCI-Express SSD will initially be released as a 480GB drive, but we can be pretty sure that more options will become available down the line.

Zotac displayed their specifications on the low-end when they first showcased the drive during CES 2016 and the final version got a 100MB/s bump on both the sequential read and write speed specifications. The Sonix 480GB PCIe SSD has a rating of up to 2600 MB/s reading and 1300 MB/s writing. Weirdly enough, Zotac didn’t specify any kind of random read and write performance so far, so we’ll have to wait for independent reviews to learn about those. 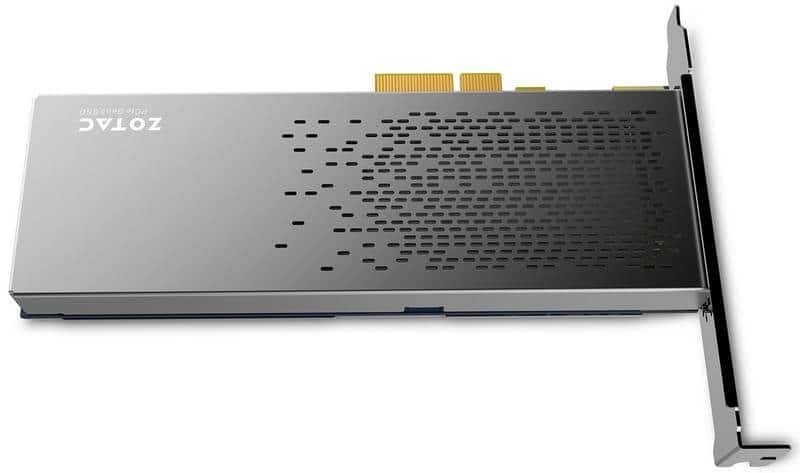 The Zotac Sonix is built with a 512MB DDR3 RAM buffer, Toshiba MLC flash memory, and a Phison E7 controller which then is coupled to your system via an NVMe 1.2 PCIE Gen3 interface with x4 lanes. The card in itself is a low-profile card and it also comes bundled with a low-profile bracket for use in SFF systems. Feature wise the drive comes with advanced technologies such as End-to-end Data Path Protection and Dynamic Wear Leveling.

The Sonix isn’t just a great performing drive, it also looks great with its full metal chassis. This is also a feature that will help the drive staying cool by acting as a giant heatsink. Drives of this kind can get quite warm depending on the airflow in your system and it’s a great extra safety to have. 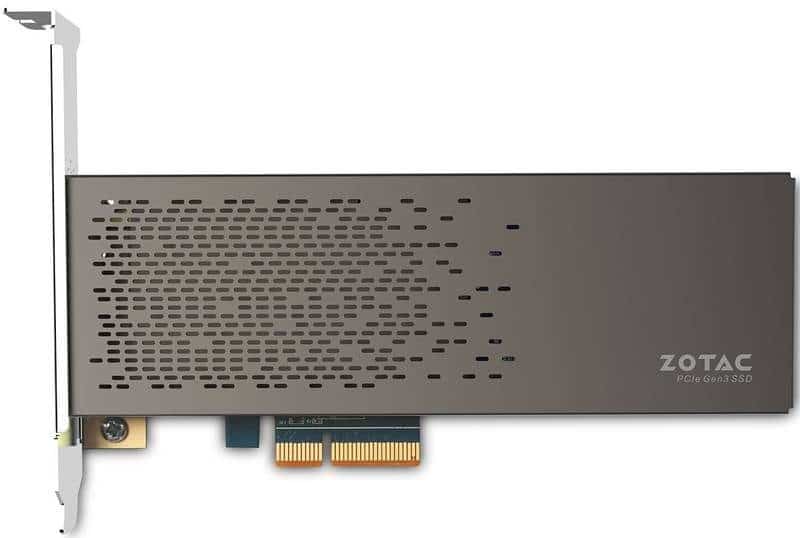 Zotac didn’t reveal any pricing nor official availability date at this time, but I’m sure that we don’t have to wait long for either. Let’s just hope that it will be a competitive price as we definitely need more PCIe NVMe drives on the market.