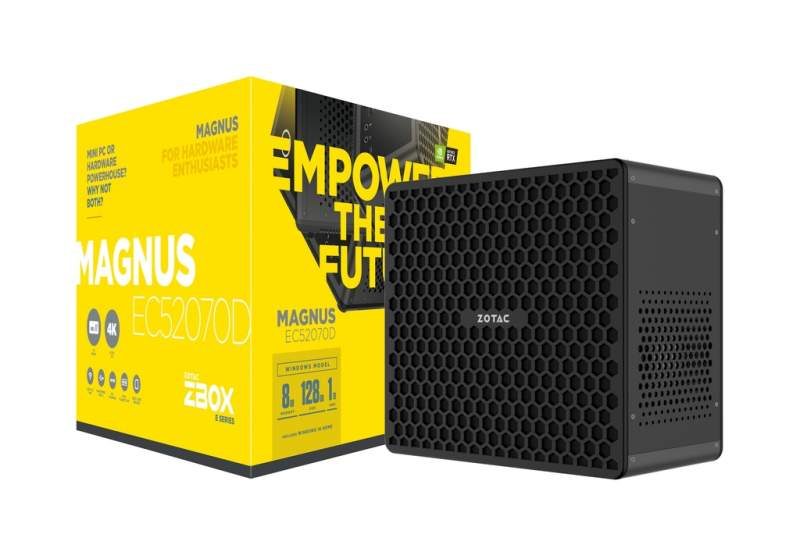 ZOTAC has now launched their next generation Magnus E-Series mini-PCs. These come equipped with a six-core Intel 8th Gen Core i5 CPU and NVIDIA‘s latest RTX 20-series GPU. That means despite the compact 225 x 203 x 128mm size, it packs some serous gaming performance.

In fact, these E-series mini-PCs are VR-ready, supporting up to four display simultaneously and is NVIDIA G-Sync ready. Just in case users want to upgrade it in the future, they can do that as well. There are two DDR4 SO-DIMM slots (up to 32GB) available as well as room for a 2.5″ SATA drive and M.2 PCIE SSD slot. 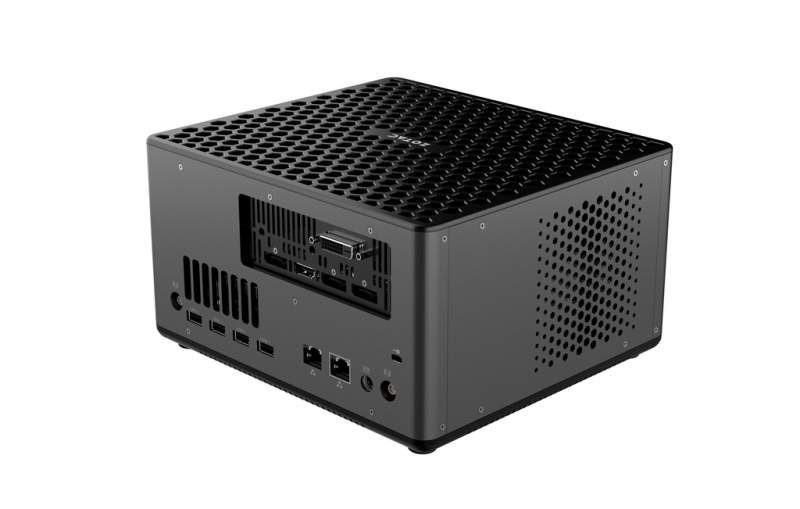 The video card is pre-installed via a riser connector as well. So users should be able to swap it out with a similar-sized ZOTAC ITX video card in the future.

How Much is the ZOTAC Magnus E-Series Mini-PC?

ZOTAC did not reveal any official pricing yet at this time. 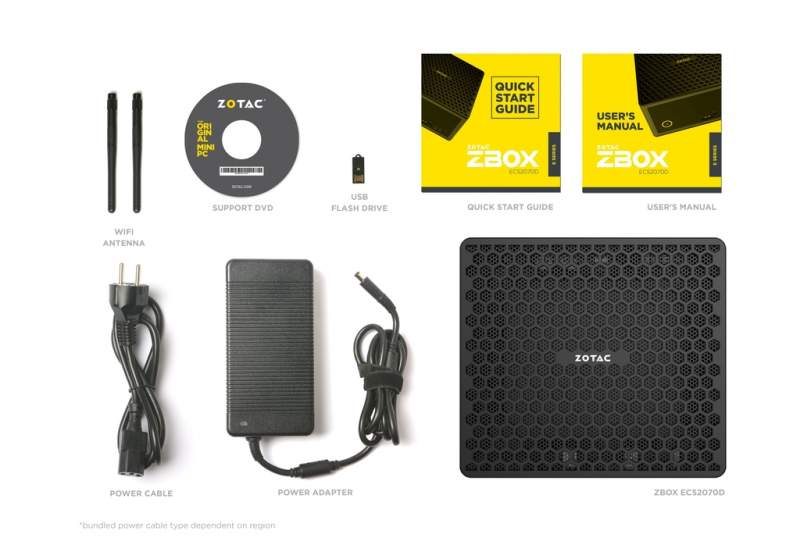