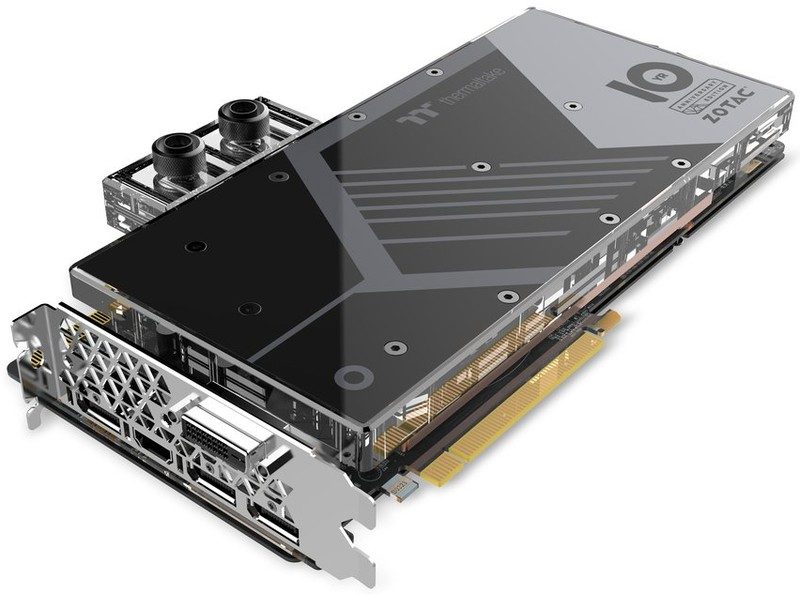 Zotac introduced a whopper of a new graphics card to celebrate their 10-year anniversary. The new card isn’t just a whopper in size and performance, it also is on the length of its name as it is called the ZOTAC GeForce GTX 1080 ArcticStorm Thermaltake 10 Year Anniversary Edition.

The new card is a result of a cooperation between Zotac and Thermaltake and they tried making the ultimate liquid cooled graphics card as it isn’t just a previous card with a new cooler on top. The base of the card is a completely new PCB that delivers 16 power phases instead of the traditional 8+2 which enables significantly greater power regulation at higher speeds. It comes with dual-BIOS feature too where one is overclocked. Naturally, you can tweak the clocks too.

“It is a great honor to partner with ZOTAC to bring the ultimate thermal solution to the ZOTAC 10th Anniversary GeForce GTX 1080 graphics card. We look forward to more future opportunities to develop more exciting products together,” said Kenny Lin, Thermaltake CEO and Chairman.

A flagship card needs RGB too these days, that’s a given and this card also features with the customizable SPECTRA lighting to fit perfectly with whatever colour scheme your system is built upon. The card is quite large and quite heavy, but it comes with an included stabilizing rod to keep the card from warping when mounted horizontally. It also comes with a few other goodies such as the limited edition ZOTAC SLI HB Bridge. The bridge is based on NVIDIA SLI HB protocol and enables high transfer bandwidth between graphics cards based on NVIDIA Pascal architecture. 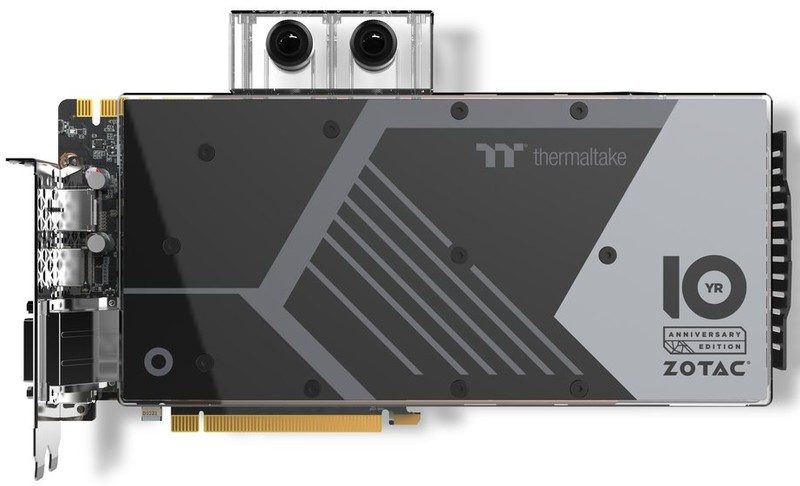 Zotac didn’t announce any pricing on the card yet, but we don’t expect it to be cheap as their AMP! Extreme retails for around £600. 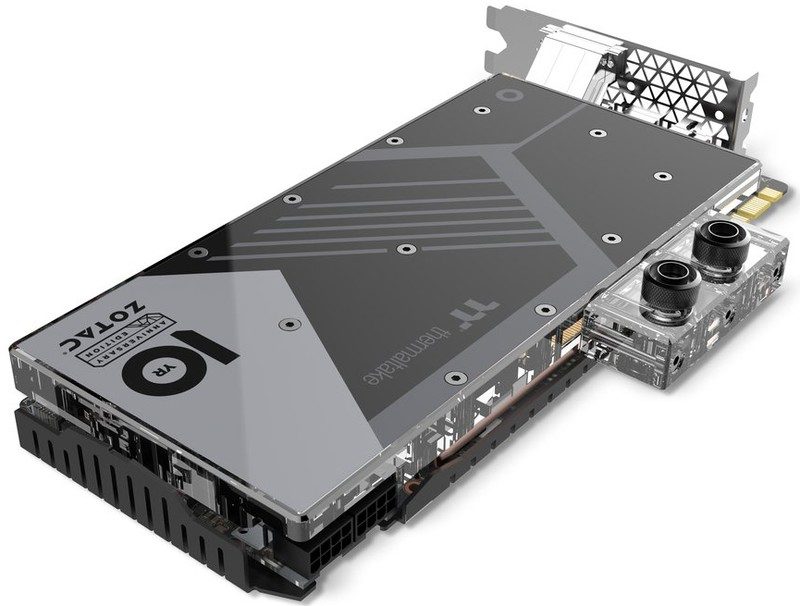 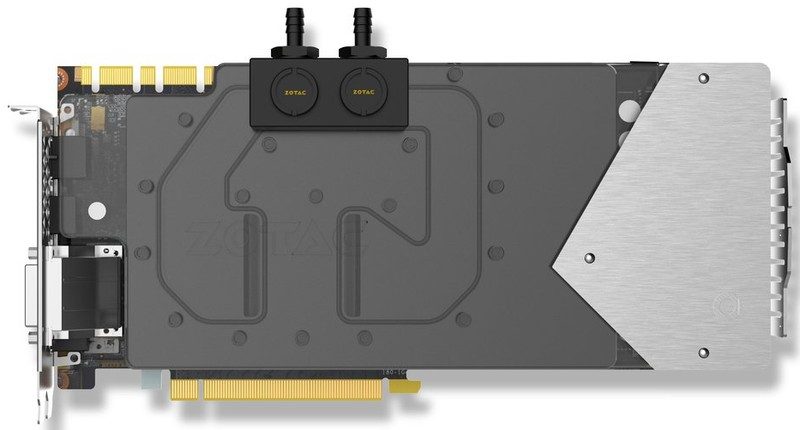 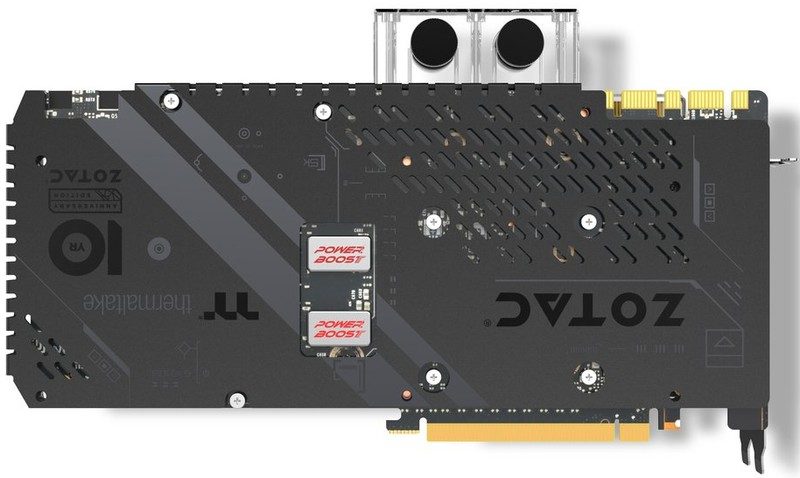 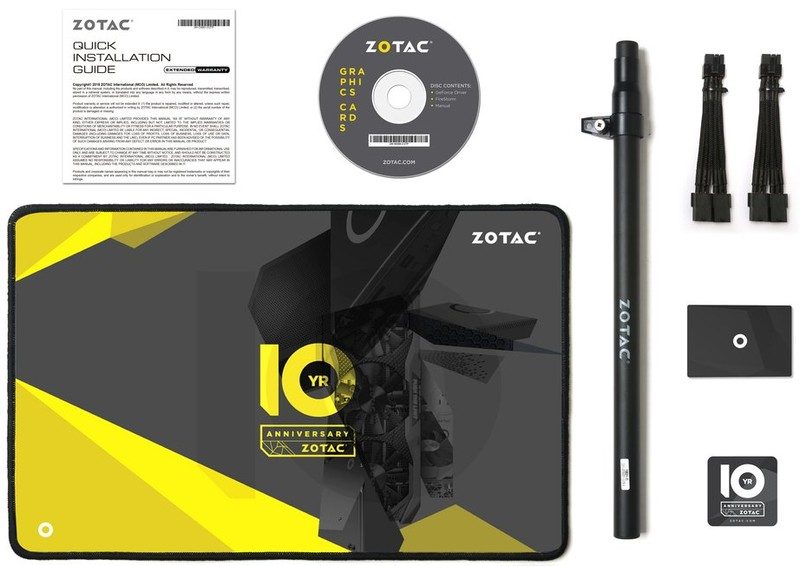