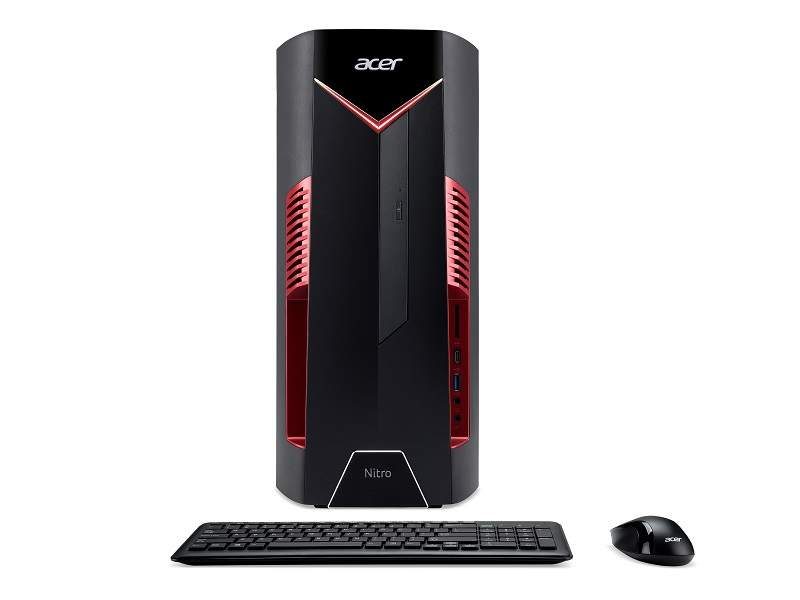 Aside from announcing their new Nitro series gaming monitors, Acer is also introducing their new Nitro 50 gaming desktop PC. This full PC system is built for those who want to graduate from the usual pre-built desktop and casual gaming. As the name suggests, it packs some serious gaming power underneath, especially since it can be equipped with NVIDIA GTX 1070 GPUs.

What Hardware is Inside the Nitro 50 Gaming Desktop?

These performance PCs are powered by up to 8th Gen Intel Core i7 processors. That means it brings the most efficient mainstream desktop solution that Intel offers. In combination with NVIDIA’s GTX 1070, it more than readily handles most games with ease. It is also configurable with a lesser GPU for those who are not into gaming.

Users can also use it as a work PC when not gaming as it supports up to four monitors at the same time. It is also configurable with up to 3TB HDD and up to 512GB SSD. It does not come with wireless LAN built-in, but it does have a Gigabit LAN port courtesy of Realtek.

How Much is the Acer Nitro 50 Gaming Desktop?

The Acer Nitro 50 gaming desktops will be available in the UK July, with prices starting from £599.