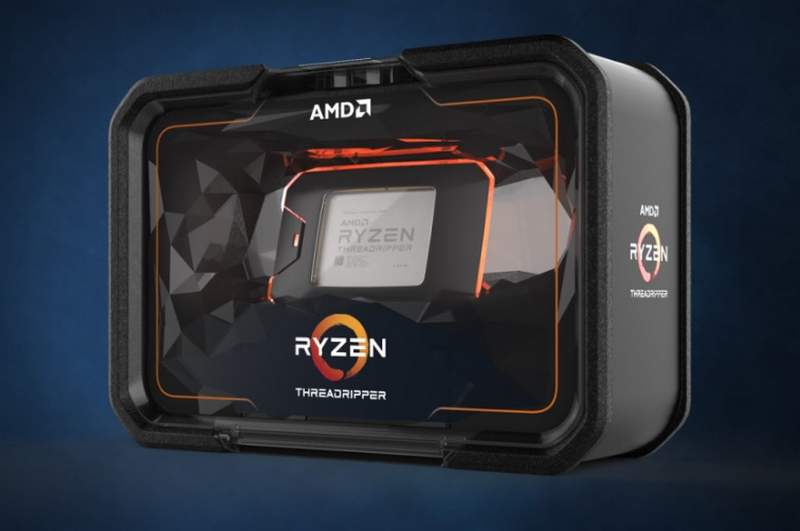 After a short wait following the NDA lift, AMD‘s new Threadripper 2950X HEDT processor is finally available in retail stores. This processor provides 16-cores and 32-threads of processing power. Which, according to AMD, delivers up to 41 percent more multi-threaded performance than an Intel Core i9-7900X.

The CPU has a TDP of 180W and operates with a base frequency of 3.5GHz. This boosts up to 4.4GHz and has Precision Boost 2 and Extended Frequency Range 2 (XFR2). Aside from the fact that these processors cost less than Intel’s HEDTs, the platform is much more cost effective as well. These second generation Ryzen Threadripper processors are fully compatible with existing X399 motherboards. Users can either opt for the models announced last year, or go for newer designs. This includes new models such as Gigabyte’s flagship X399 Designaire EX motherboard.

This X399 platform also provides 64 lanes of PCIe Gen3, so users can attach plenty of video cards or additional PCIe devices. The second generation Threadripper does offer some advantages, including AMD StoreMI technology, as well as Precision Boost Overdrive (PBO).  AMD StoreMI Technology enables configured PCs to load files, games, and applications from a high-capacity hard drive at SSD-like read speeds. Meanwhile, PBO  is a new performance-enhancing feature that allows multi-threaded boost limits to be raised. It does this by tapping into the extra power delivery headroom in premium motherboards.

How Much is the AMD Ryzen Threadripper 2950X?

The Threadripper 2950X has an MSRP of $899 USD. It is available now in most retail stores that carry AMD Ryzen products, as well as integrated in many pre-built systems. The pricing of the entire AMD Ryzen lineup is available below: