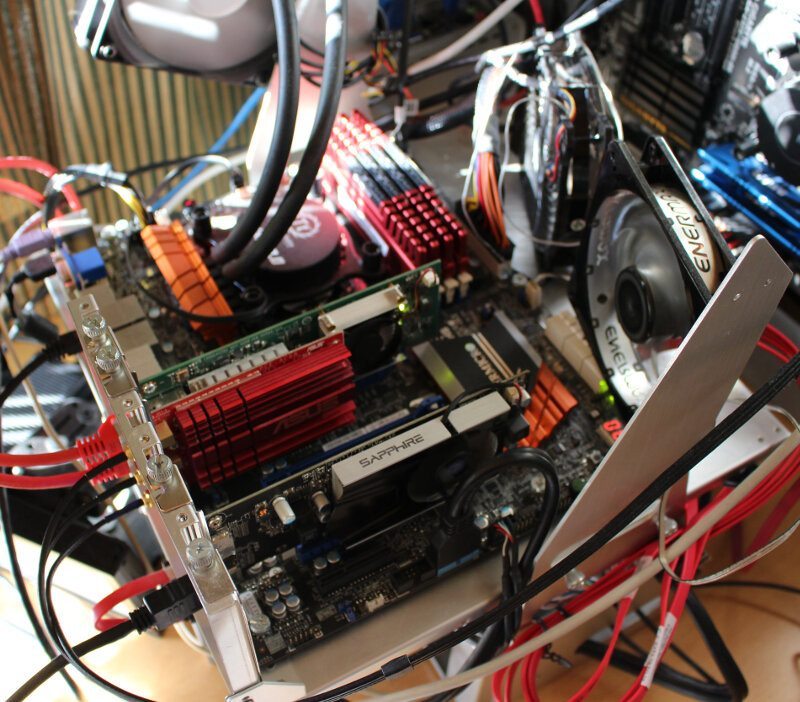 In a bid to make our testing as thorough and as accurate as possible, we have devised a testing methodology to give us the maximum amount of data. Whilst this means that testing each drive will take considerably longer to test – nearly 36 hours – the picture that we are able to build upon the overall performance of each drive is far clearer and it provides a more accurate analysis at how a drive performs under different conditions.

There are many ways to test a storage drive and we have chosen to include close to every test possible. We will start with a normal benchmark analysis of the formatted drive with various fillage scenarios. Depending on how a drive is built, it might perform differently depending on how much data it already is storing. To test this, the drive will be tested empty as well as with 25%, 50%, and 75% space usage. For these tests, we will be using Anvil’s Storage Utilities, AS SSD Benchmark, ATTO Benchmark, and CrystalDiskMark. Besides these synthetic fill tests, the drive will also be tested with PCMark 8’s storage benchmark in order to get real-world performance results.

Following the fillage tests, the partition will be removed and we test the drive’s raw performance. These tests will determine the hardware’s capabilities while removing any interference from the set file system. AIDA64’s storage benchmark, IOmeter, and HD Tach are all great tools for this and they help us paint an even clearer picture of the drive.

Durability is also a factor when it comes to NAND-based drives as the chips only can be rewritten so many times before they’ll stop working properly. Modern SSDs come with wear-level algorithms to increase the lifetime and reduce this factor as much as possible. We also take this into consideration in our reviews, but real-world conditions would take years to complete. Luckily Anvil’s Storage Utilities comes with an endurance test to simulate this. It is considerably faster, but it is still a process that can take up to three days where we’ll write up to 10 TB data to the drive in the form of thousands and thousands of small files in various sizes and compressibility.

Following the conditioning process, all of the previous benchmarks will be run again in the same scenarios and order. This will give us a great view on how a drive will perform after 3 years of usage and that is a very relevant factor.

Modern operating systems all take care of the TRIM command in the background and it isn’t something normal users need to worry about. However, For these reviews, I will add a waiting period between each benchmark to make sure that the TRIM command has been fully executed and finished. We want a clear picture of the drives performance with minimal interference from the operating system.

As the main storage benchmark system still runs on Windows 7 for comparison reasons, I use a different system that is running Windows 10 for the USB related benchmarks. A lot has happened since Windows 7 was released and it has really bad USB 3 support and low speeds. Windows 8 and 10 are a lot better for this, which is why the USB 3 tests will be run here instead.

The drive will be tested in USB 3.1 mode in much the same way as we did with the SATA connection, but not quite as comprehensive. I’ll be doing the basic fillage tests before and after the conditioning in order to get a complete picture of this drives performance.