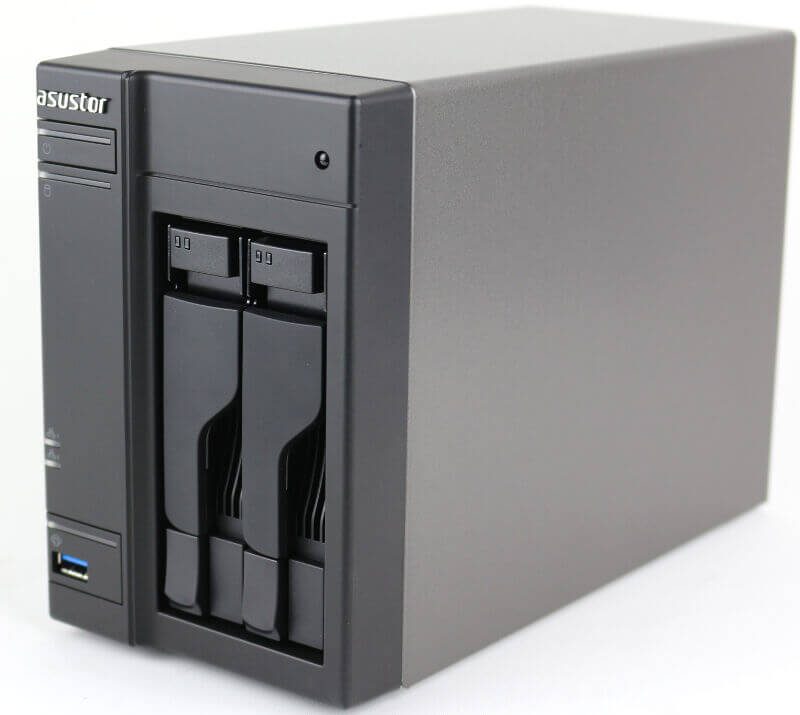 ASUSTOR was once the new player in the NAS market, but that’s a long time ago. I had the pleasure to follow the devices one after another, and I’m sure that it will just as much of a pleasure to test the newest unit: The AS6302T 2-bay enthusiast NAS.

The AS6302T is built with enhanced CPU and GPU power thanks to the Apollo Lake Intel processor. This sixth generation Celeron processor is built with 12nm process, and its two cores can clock up to 2.5GHz. That’s a solid base for a high-performing NAS.

ASUSTOR built the AS6302T around the Intel Celeron J3355 dual-core processor. It features a base clock of 2.0 GHz and a burst speed up to 2.5GHz. When compared to the predecessor, both the CPU and the GPU performance was increased by 30% which definitely will be a noticeable difference. That is if you ran into performance issues with the previous generation NAS. The AS6302T also supports HEVC and VP9 hardware transcoding which significantly enhances multimedia and image processing performance.

The processor is coupled with 2G DDR3 dual-channel memory. The NAS has two memory slots, which means that we get two times 1GB DDR3L SO-DIMM with the unit. You can replace the two included modules and upgrade it to 8GB maximum, should you need more memory.

Some might wonder why ASUSTOR added two 1GB modules instead of a single 2GB. A single module would be perfect for those wanting to upgrade to 4GB, as they’d only need to purchase a single module. However, there is a very valid reason for this setup. With two modules, you get a dual-channel setup, and that is more important than you might realise. If you’ve ever tried to run 4K UHD content with single channel memory, then you’ll know what I mean. 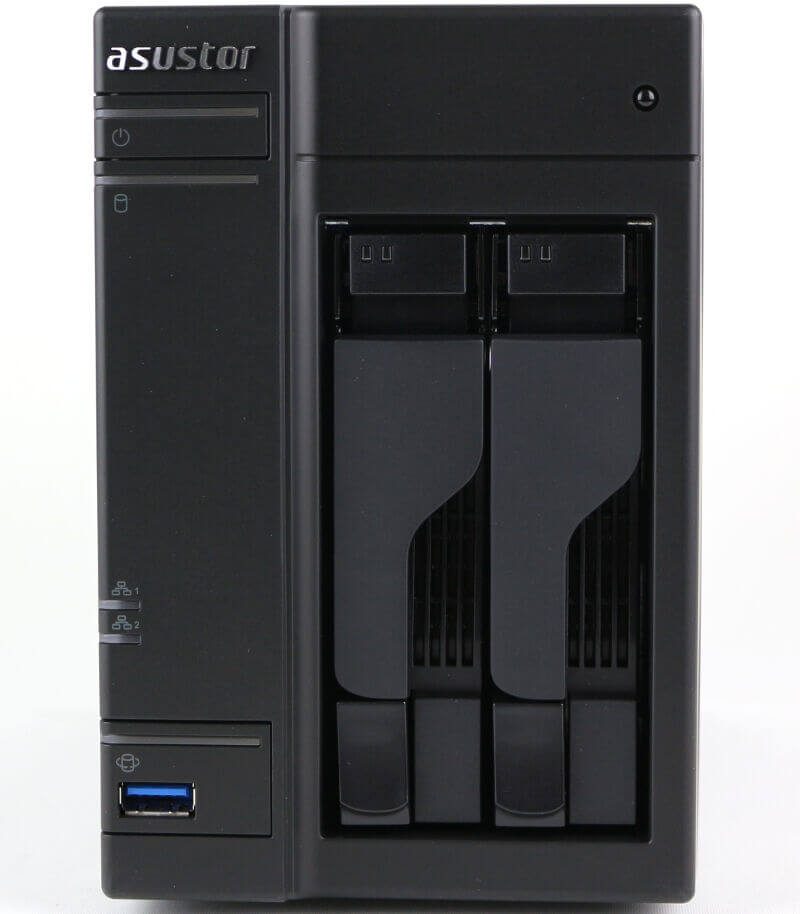 Every NAS needs network connectivity, or it wouldn’t be a NAS. ASUSTOR’s AS6302T has two Gigabit Ethernet ports for up to 2Gbps network speeds with trunked connections. Wake-On-LAN is naturally supported, but ASUSTOR went further and added Wake-On-WAN too. That means that you can run an, even more, energy efficient setup with more sleep cycles for the NAS, when it isn’t being used.

USB host ports have become an important part of NAS devices too. They allow you to copy files to and from external storage devices without the need for an extra system and slower network speeds. The AS6302T has four normal USB 3.0 Type-A ports, but it also comes with a Type-C port. The Two-way USB-C port allows you to connect the latest generation devices and quickly complete transfers of large multimedia files 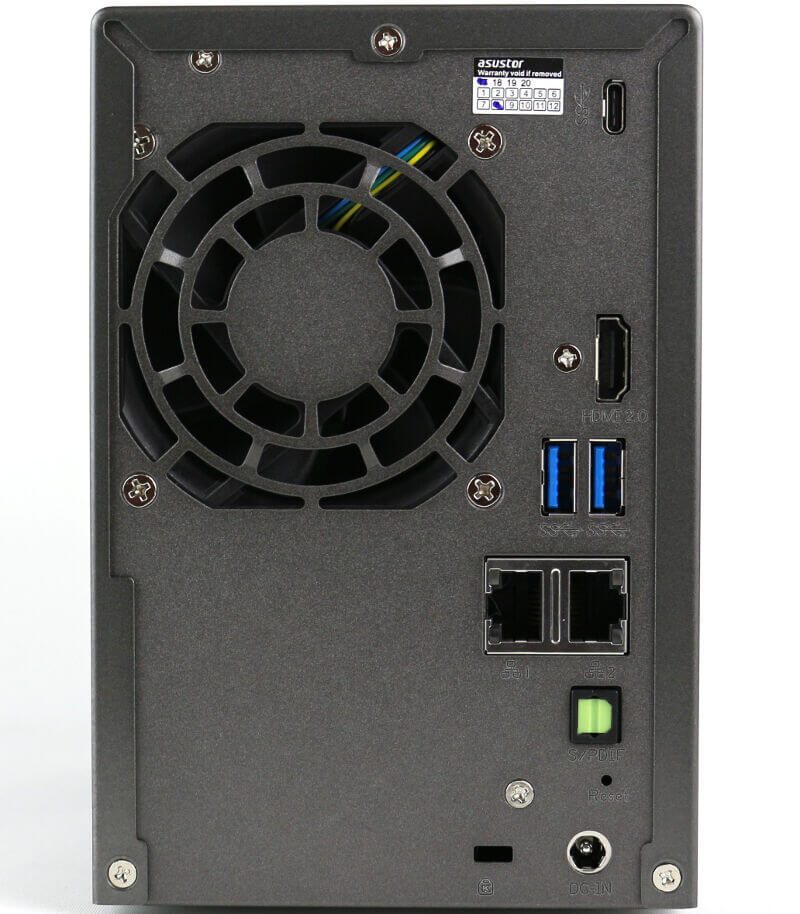 One of ASUSTOR’s enthusiast NAS advantages is the direct HDMI output. The AS6302T features HDMI 2.0 and supports fluent 4K/UHD output. Thanks to the improved CPU and HDMI 2.0, the NAS can offer up to 60/50P 4K resolution video which provides twice the fluidity of 4K 30P. The perfect audio experience can be carried to your amplifier setup through the S/PDIF connector.

Playing media files isn’t the only thing you can do with it. In many ways, it can replace a PC. You can play a limited amount of games on it, surf the web, and write emails. It supports both keyboard and mouse too, so nothing is hindering the experience. Why build an extra HTPC for the living room when you already got a NAS.

Continuing from the last paragraph, the elimination of the HTPC. That’s already a money saver, also on the electric bill. Not only do you save an entire system’s worth of electricity, but the AS6302T is also very green itself. With a power consumption of just 0.34W in sleep mode, 7.2W during disk hibernation, and 13.8W when in operation, it’s a very economical device. 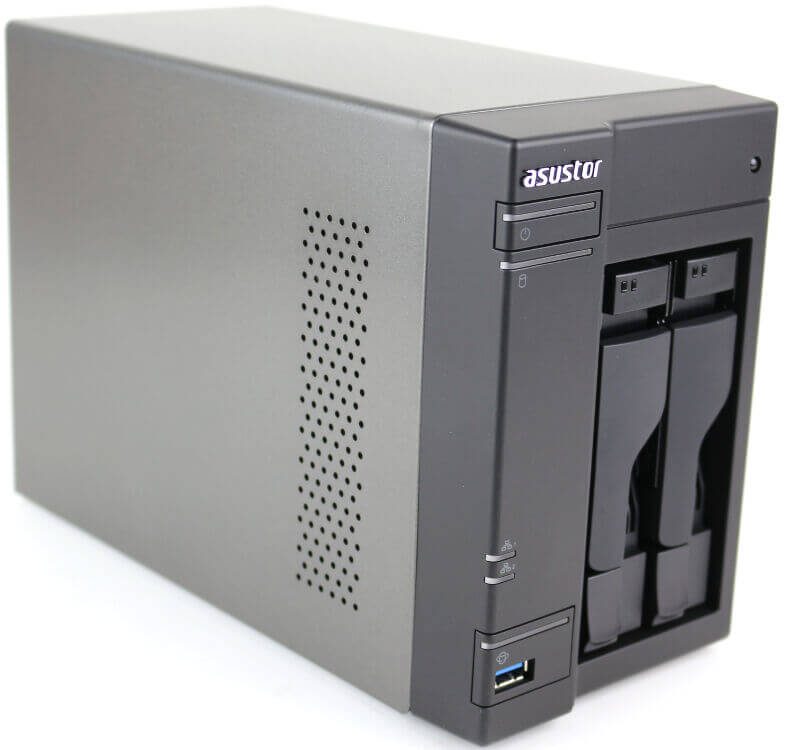 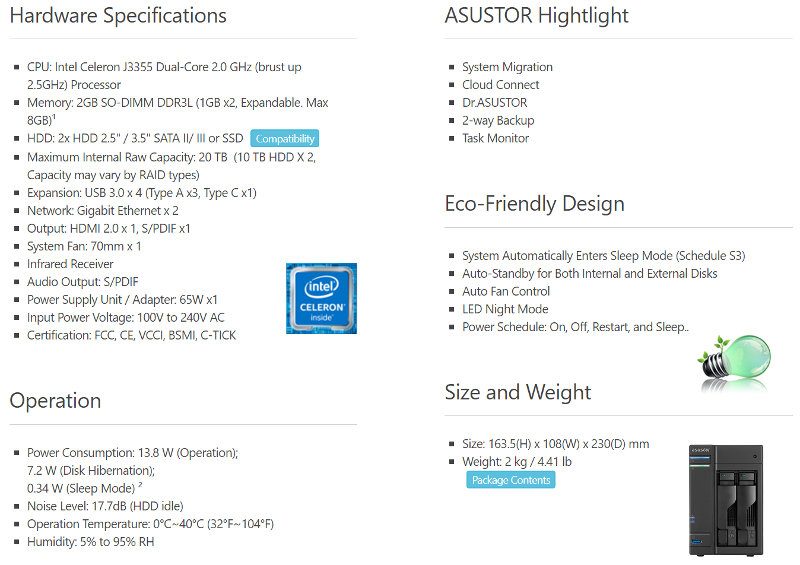