In my experience the following general relationships apply between noise levels and fan speeds, though it can vary greatly between the type of fan used.

While it looks like the fan speed was all over the place here, it really only ran between 538 and 555RPM, which is pretty darn slow and was virtually silent. We did report that the fan can operate up to 1800RPM, but I imagine it would have to pretty much be in a burning building before it needed to work that hard to cool the PSU. 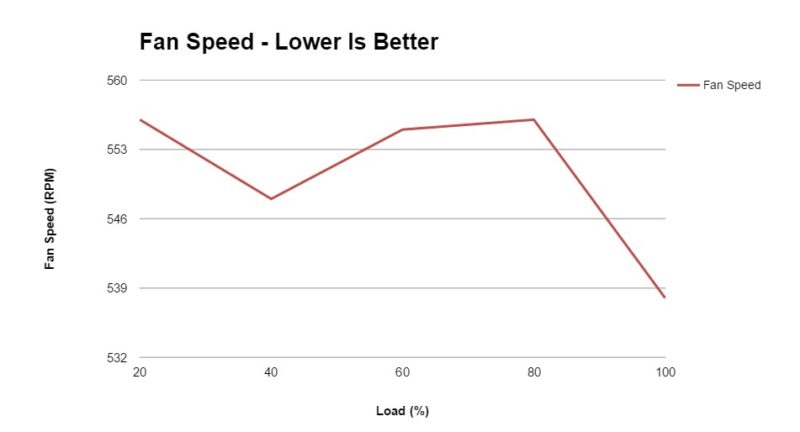