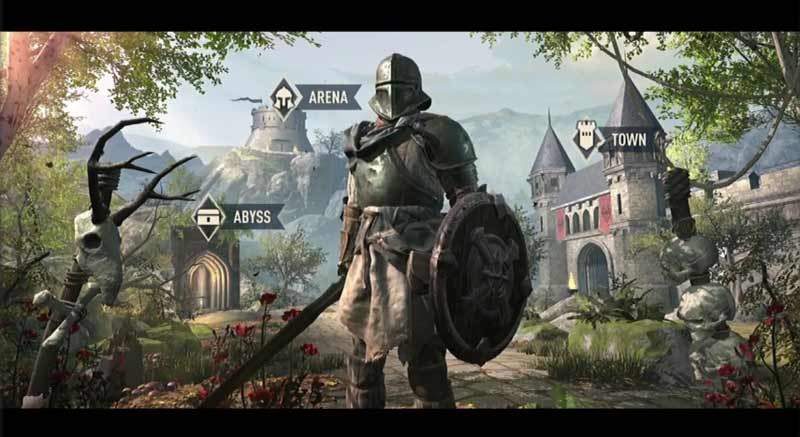 Perhaps one of the more surprising announcements during Bethesda‘s press conference at E3 2018 is the new Elder Scrolls Blades. Unlike The Elder Scrolls VI, The Elder Scrolls Blades is playable on mobile phones. Best of all, it is a 3D first-person RPG game with very impressive graphics and mechanics. Bethesda head honcho Todd Howard claims that it features “console quality graphics”, but with a uniquely mobile experience. The action is real time and follows the user’s gestures.

From the demo they showed, it appears that the controls are very responsive. Furthermore, it appears to show a lot of depth for a mobile game. It is also going to have both hand-crafted and procedurally generated dungeons. So that ensures players do not get the sameness fatigue that plagues many dungeon games.

Just like in the regular Elder Scrolls game, users can use special attacks, use various weapons, and cast magic in Elder Scrolls Blades. The simplified HUD actually shows a meter for mana, health and stamina. Minus the labels since smartphones only have so much real estate.

Speaking of real-estate, players not only have the ability to level up and customize their characters, but there is a town-building mode as well. This allows players to build and manage a virtual town or city in-game.

When is Elder Scrolls Blades Coming Out?

It is up for “pre-order” now for both iOS and Android phones. It is a completely free game, but “pre-ordering” will inform users automatically once it becomes available in Fall 2018. Users can do that by heading on to playblades.com. Note that it requires a Bethesda.net account to sign up.