BitFenix is updating their Spectre fan line with the new Spectre Pro RGB option. It is the direct successor to the Spectre Pro as a high-performance silent fan. As such, the Spectre Pro RGB delivers high-pressure CFM for cooling radiators or cases. Unlike typical fans, the Spectre Pro RGB’s fan blades have reinforcements. This allows them to be sturdy despite having a clear construction so that it is more resistant to warping. The new series is available in various sizes starting with the 120mm and 140mm with larger case fan options including a 200mm and a 230mm fan. Each fan also uses fluid dynamic bearings. 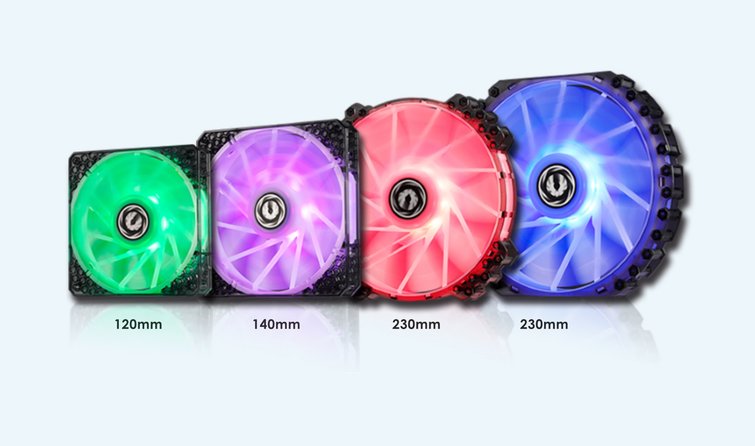 The most obvious new feature of course, is the LED lighting. Each Spectre Pro RGB fan has a hub which emits RGB light based on the TriBright LED technology. This is the same technology BitFenix uses for their Alchemy 2.0 magnetic RGB LED strips. It illuminates brightly and smoothly across the fan blades and towards the frame.

The Spectre Pro RGB fans also come with its own optional hardware controller. This lets users adjust the lighting to their preference, in order to match their build. However, if they own a modern motherboard with an avaialble RGB LED header, they can advanced software control as well.