I am beginning to grow something of a theory that Blizzard Activision may be in serious financial trouble. It’s a factor I might look into more detail at a later date, but let’s just say that the recent news hasn’t been positive. Gaming sales for both companies are low. World of Warcraft subscriptions are back down after the initial perk of the release of the latest expansion. Additionally, Destiny 2 is shaping up (when all is said and done) to have been something of a flop.

Fortunately, Activision has had the release of the Spyro Reignited trilogy and Black Ops 4 to provide a little bolstering for the figures. I do, however, suspect that when the Q1 report comes out for the company, the reading isn’t going to be too pleasant.

It seems, however, that things now are not too great either. Following the announcement of the sale of the Destiny IP to Bungie, shares in Blizzard Activision have plunged by nearly 10%.

The latest Nasdaq report shows a 9.37% drop in the share price. For a business as huge as this, it’s pretty shocking. Admittedly, the loss of an IP would take some value away from the company. I do, however, doubt that even they suspected that it would hit them this hard. The fact is, however, that with the sale, the developer is left with only a handful of what you could consider AAA franchises. And of those, you could also say that Blizzards tapped out for the moment. 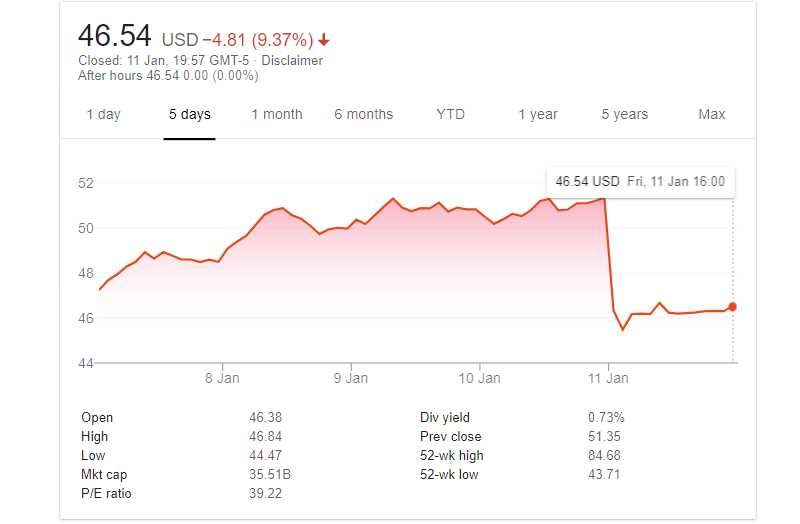 Both companies have also been rocked with several high-profile staff members leaving the company. Only within the 24-hours, Mike Morhaime (one of the original co-founders of Blizzard) has announced he would be leaving the company. On the whole, without meaning to sound hyperbolic, I think Blizzard Activision might be in serious financial trouble.

You can call me hysterical if you like. I did, however, correctly predict this exact thing for Telltale Tales 6 months before their closure. It sounds crazy, but it could happen!