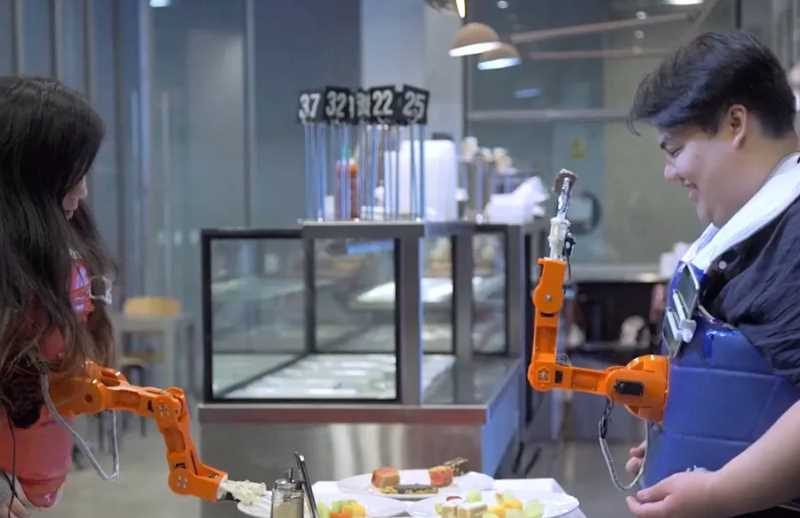 Pretty much every major health organisation keeps telling us one thing. We’re all eating too much food. Well, not all of us. There are clearly people out in places such as Africa who don’t have enough food. I’m pretty sure that this doesn’t apply to them though.

If you are, however, struggling with your weight, I can’t think of an invention worse than a robot designed to feed you. In a report via The Verge though, such a design has been created, but rather than just shovelling it into your mouth, the technology behind it is a little more clever than that.

The Arm-A-Dine augment robot may have been designed to feed you, but it has been designed to work with company and make a decision over who looks the happier. For example, if the person you are with is smiling, it will attempt to feed you. If you’re smiling, it will offer the food to your friend. If both of you are smiling or showing a ‘static’ expression, it will pick up the food and dangle it in midair.

We have included the demonstration video below which will give you a better idea as to how it works.

That’s Nice – But What’s The Point?

Well, as far as we can ascertain, none. You might think that this had been designed to possibly assist people who have disabilities, but nope. The entire concept seems to be based more on the novelty factor. Particularly when the fork isn’t particularly accurate in feeding you or your friend very well.

It is, however, an interesting use of facial recognition technology, we’re just not entirely sure why.