The left side panel features a raised section which increases in horizontal clearance within the chassis, handy for those wanting to pack in a large air cooler or a side panel fan with a wider GPU design. There is a 200mm optional fan mount as well as two small viewing windows. 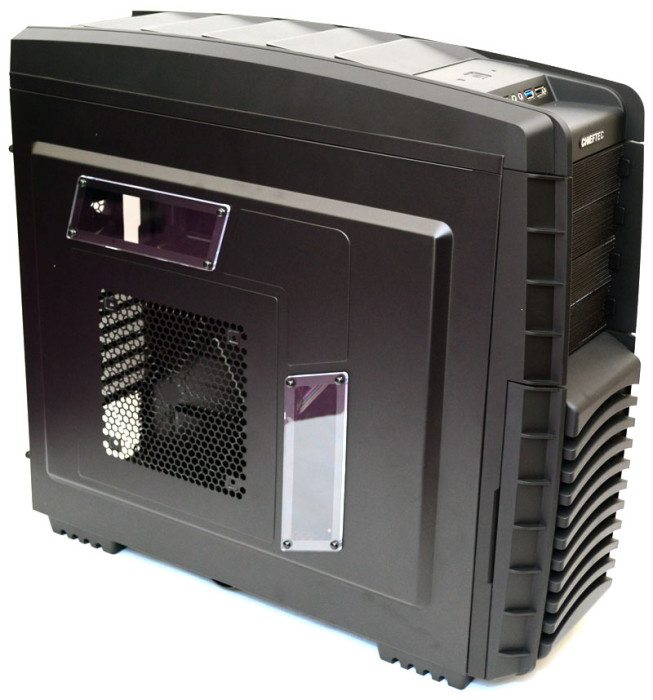 The right side panel features a huge recess to allow extra cable management space; it’s also nice to see a little style added to this panel, as most often they’re just flat and bland. 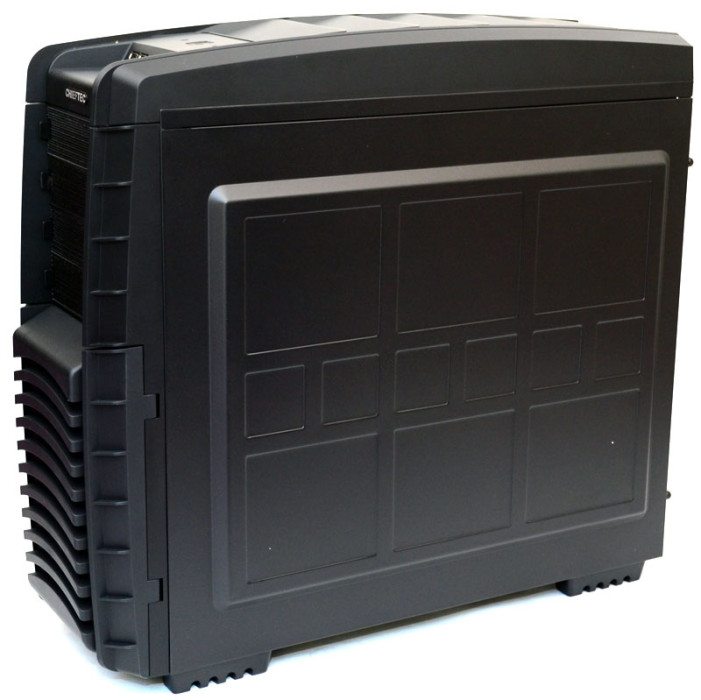 At the top of the front panel you’ll find the main I/O, which features dual USB 2.0, HD Audio, a single USB 3.0 and eSATA. One USB 3.0 port is a bit poor, but that’s clearly an indication that this is a slightly older model chassis. 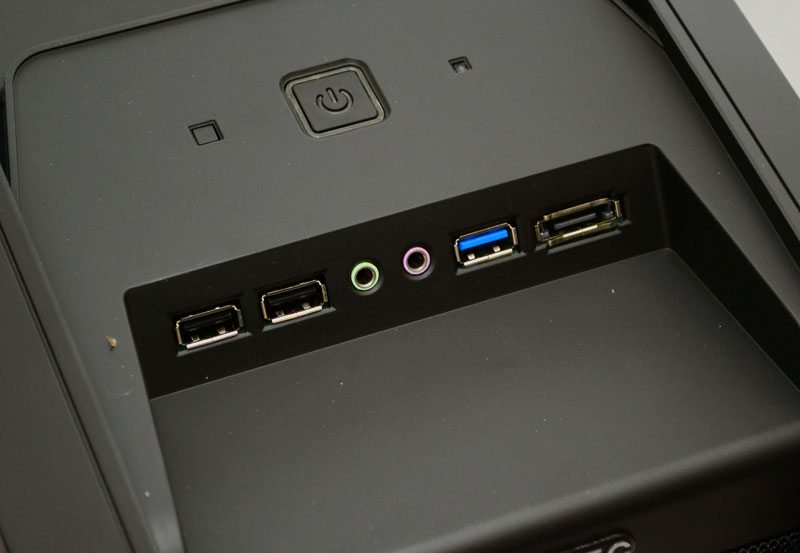 There are five 5.25″ drive bays at the top with easily removable ventilated covers, under that you’ll find a heavily ventilated bottom section for the front mounted cooling.

Two 120mm blue LED fans are pre-installed in the front, the fans mount directly on the front panel door for an easy installation, and feature two 120mm clip-on dust filters. 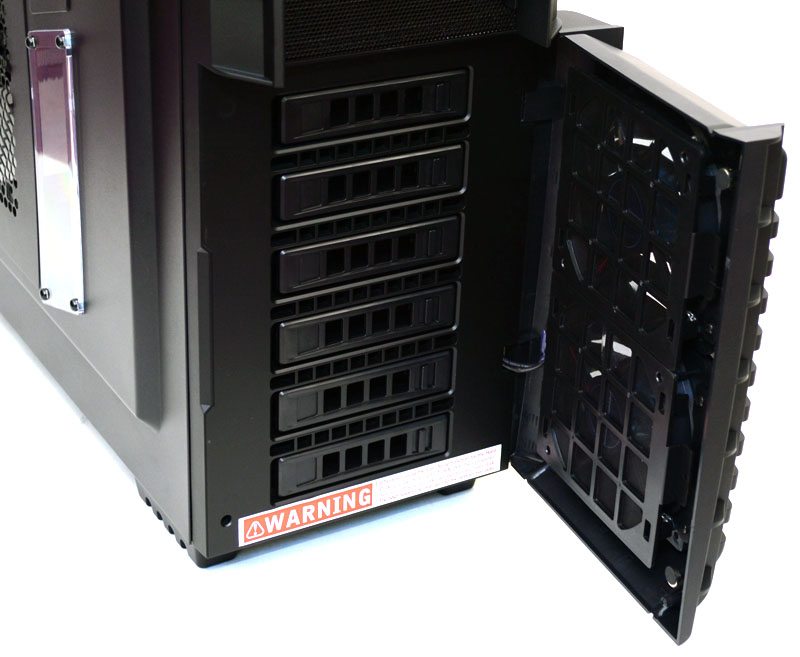 The door mounted fans means that the front panel space is available for six slide out drive bays, each of which can support either a 3.5″ or 2.5″ drive. 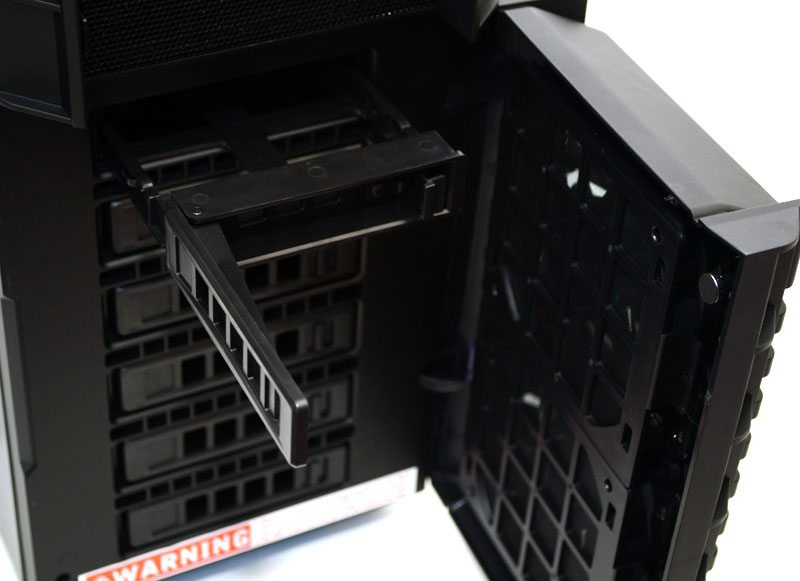 Near the top you’ll find two switches for the fan controller, it’s a little basic, but it’s better than having no fan controller at all. 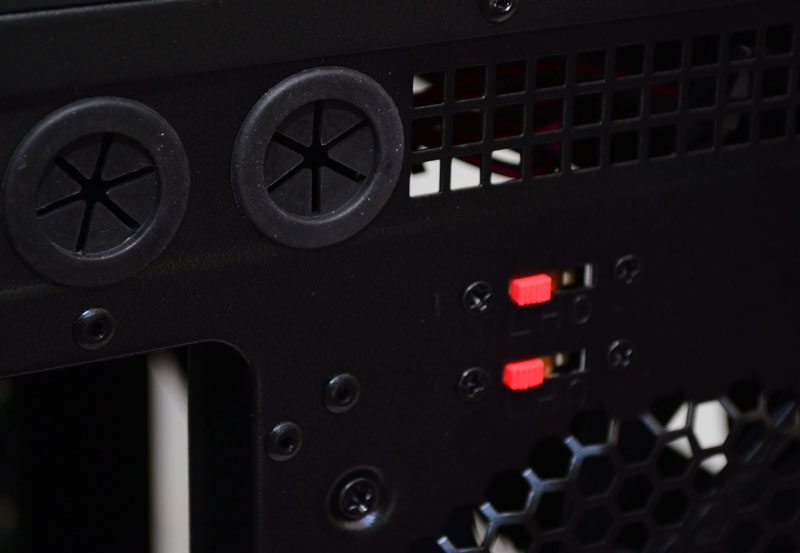 The top panel features fixed fins that allow airflow to any top mounted cooling, while also adding an extra bit of style to the top of the case. 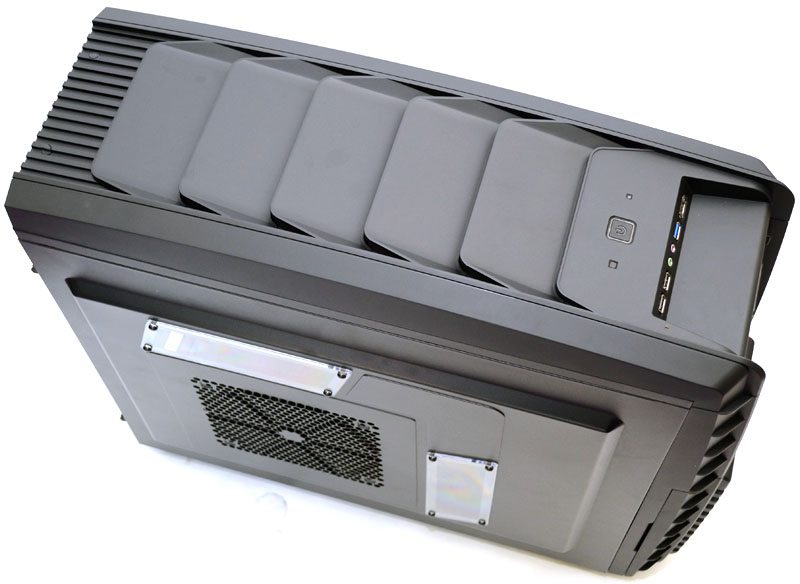 The vents are quite large too, so there should be no problem with getting heat out of the system, especially since there are large fans pre-installed on the interior, but we’ll get to those in a moment. 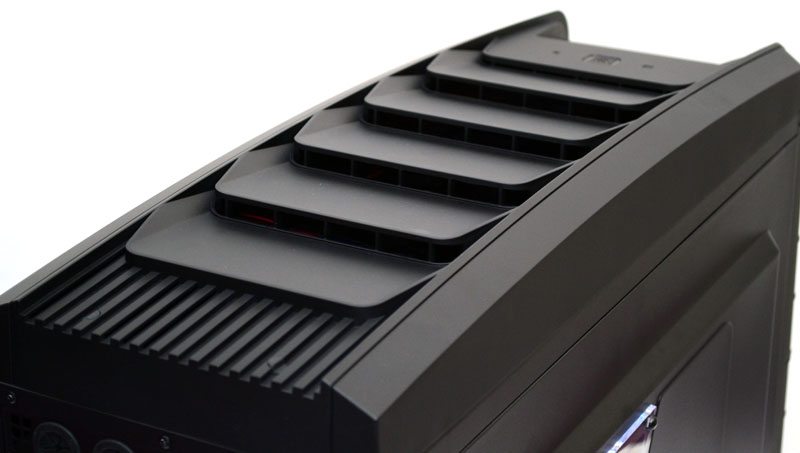 On the underside you’ll find four chunky feet that provide great ground clearance and extra stability to the case. The extra clearance is perfect as it allows lots of airflow under the case for the bottom fan mount and PSU in take, both of which feature slide out and washable dust filters. 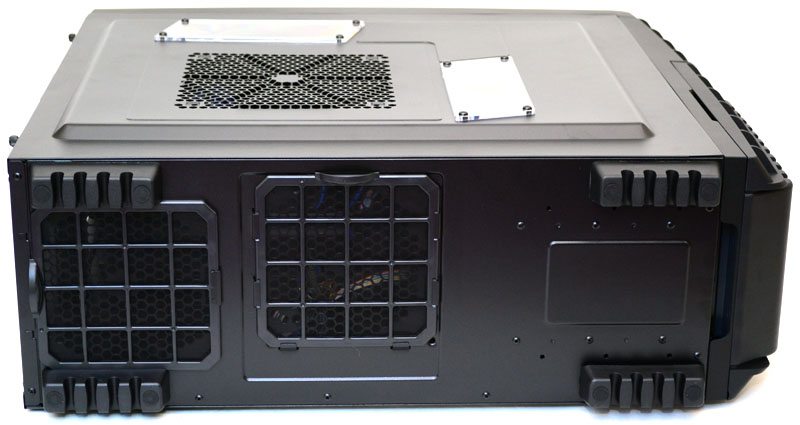